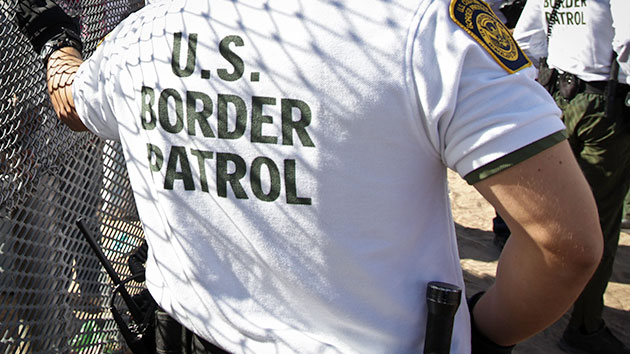 (NEW YORK) — The Department of Homeland Security’s internal watchdog found “no misconduct” in the deaths of two migrant children who died in U.S. Customs and Border Protection custody, according to two separate investigations.The findings of the Office of Inspector General (OIG) investigations come about a year after Jakelin Caal Maquin, 7, and Felipe Alonzo-Gomez, 8, both of Guatemala, were pronounced dead days after being apprehended by authorities. Both were separately taken into custody with their fathers after making it over the U.S.-Mexico border.Jakelin and her dad were apprehended in Antelope Wells, New Mexico, on Dec. 6, 2018, according to authorities. She began to have seizures as they were being taken to a CBP facility, and her father reported that she was ill with a fever and vomiting.Emergency medical technicians treated Jakelin when she arrived at the facility, but she was later flown to a hospital, authorities said.Jakelin died two days later at the hospital, officials said.A medical examiner ruled that she died of natural causes due to sequelae of Streptococcal sepsis, according to the OIG statement.Felipe’s death came just weeks later. He and his father were apprehended near El Paso, Texas, on Dec. 18, 2018, officials said at the time.While they were waiting at a checkpoint for family placement, a CBP agent noticed the boy looked ill and spoke with the father, who requested medical treatment for his son, according to the OIG.Felipe was taken to the nearest hospital, where he was diagnosed with an upper respiratory infection and prescribed medication, and later released.Felipe’s condition briefly improved, but then suddenly worsened and he was taken back to the hospital, authorities said.Upon arrival, the boy was pronounced dead on Dec. 24, 2018.Jakelin’s and Felipe’s deaths sparked questions and criticism over how border agents care for children and parents.”What is CBP doing to fulfill its border security mission but not treat children and families as threats who have to be incarcerated and kept from treatment and trauma-informed counseling that they need?” Chris Rickerd, a senior policy counsel in the national political advocacy department of the American Civil Liberties Union, told ABC News in December 2018.Kirstjen Nielsen, the former Department of Homeland Security secretary, said in a December 2018 interview with Fox News that Jakelin’s death was “heart-wrenching.””We gave immediate care, we’ll continue to look into the situation, but again, I cannot stress enough how dangerous this journey is when migrants choose to come here illegally,” she said.Kevin McAleenan, the former CBP commissioner, called Felipe’s death “a tragic loss.””On behalf of U.S. Customs and Border Protection, our deepest sympathies go out to the family,” McAleenan said in a statement at the time.The Office of Inspector General said its investigations, which were released Friday, were detailed and the agency coordinated with local medical examiners. Copyright © 2019, ABC Radio. All rights reserved.

Jeff Daniels says ‘The Comey Rules’ could be a game changer
Kids in Business this Saturday outside the DuBois Mall
COVID-19 canines: How dogs may help sniff out the coronavirus in humans
Mary Trump alleges in lawsuit her family ‘fleeced’ her out of millions of dollars
Protesters hit by vehicles at Breonna Taylor demonstrations in Buffalo, Denver
Coronavirus live updates: CDC forecasts up to 226K US deaths by mid-October