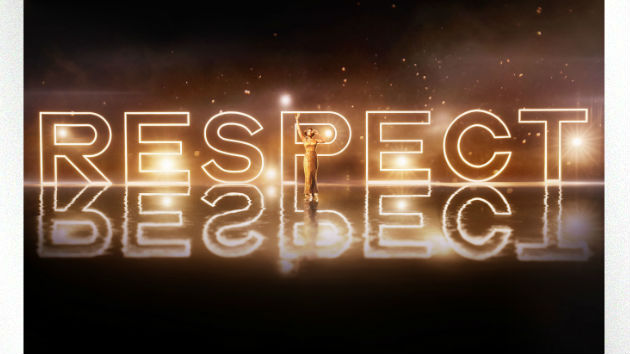 (LOS ANGELES) — If what you want is a first look at Jennifer Hudson portraying the Queen of Soul in the upcoming Aretha Franklin biopic Respect, you got it!

As Hudson comes to the end of the songs first verse, the word “respect” spelled out in giant illuminated letters appears behind her. Jennifer then belts out the chorus as each letter in the word “respect” lights up as she sings it, and the following message flashes on the screen: “Academy Award Winner Jennifer Hudson…Is Aretha Franklin…Find Out What It Means, In Theaters 2020.”

You can watch the video at MGM’s official YouTube channel and social media sites.

As previously reported, Respect will follow Aretha’s rise to superstardom, from her childhood singing gospel in her father’s church to her emergence as one of the most powerful and influential voices in soul and R&B.

A description of the film notes, “Respect is the remarkable true story of the music icon’s journey to find her voice.”

Find out more about the film at Respect.movie.