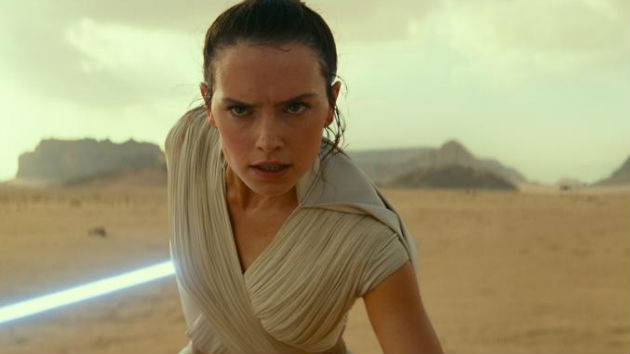 (LOS ANGELES) — Star Wars: The Rise of Skywalker is off to a very strong start.  The ninth film in the Star Wars Skywalker saga had a strong showing with preview audiences Thursday night, earning $40 million from fans who couldn’t wait for today’s official opening day to check it out.

Even so, the preview performance puts it behind the other two entries in the “sequel trilogy” — 2015’s Star Wars: The Force Awakens made $57 million in sneaks, and 2017’s Star Wars: The Last Jedi earned $45 million the night before opening day.

Still, the $40 million open Disney is claiming is the fifth-highest grossing preview night in history.  Avengers: Endgame, another Disney property, takes the top slot with $60 million. Harry Potter and the Deathly Hallows Part 2 made $43.5 million, putting it in fourth place on that list.