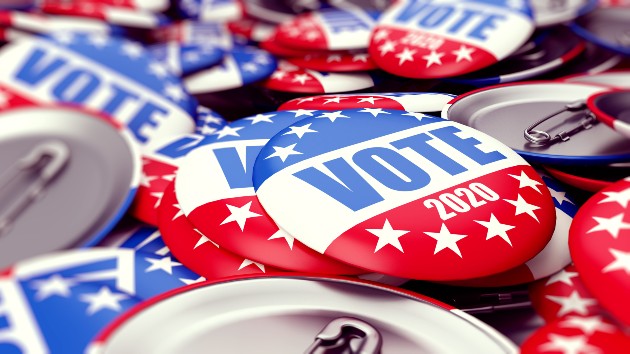 (WASHINGTON) — On the heels of the final Democratic primary debate of the year, the Democratic National Committee announced the qualifying criteria for the next debate, and five candidates appear to have already qualified. According to an ABC News analysis, the candidates who appear to have already met the higher donor and polling thresholds are: former Vice President Joe Biden, South Bend, Indiana, Mayor Pete Buttigieg, Minnesota Sen. Amy Klobuchar, Vermont Sen. Bernie Sanders and Massachusetts Sen. Elizabeth Warren.Those five candidates, and whoever else of the remaining 10 candidates in the race who are ultimately able to qualify, will face off in Des Moines, Iowa, on Jan. 14, just three weeks before this cycle’s voting begins with the Iowa caucuses on Feb. 3. The debate, which will be co-hosted by CNN and The Des Moines Register, will take place at Drake University.Despite nine candidates, led by New Jersey Sen. Cory Booker, sending a letter to the DNC last weekend that called for less stringent qualifying criteria for upcoming debates, candidates still need to meet both a polling and grassroots fundraising threshold to qualify, and the DNC has again upped those thresholds from the previous debate’s criteria. Like the past two debates, the presidential hopefuls have two ways to meet the polling threshold. The first path is the four-poll threshold: Candidates must get at least 5% support in four national or early state — Iowa, New Hampshire, Nevada and/or South Carolina — polls. In order to count as qualifying polls, the polls must be sponsored by different organizations, or if sponsored by the same organization, cover different geographical areas. The second path is the early state polling threshold: Candidates must get at least 7% support in two early state polls. Unlike the first path, these polls can be sponsored by the same organization and can also be conducted in the same geographical area.The polls must be released between Nov. 14 and 11:59 p.m. on Jan. 10 in order to count. Additionally, the polls must be sponsored by one of the organizations or pairs of organizations from the following list determined by the DNC: Associated Press; ABC News/Washington Post; CBS News/YouGov; CNN; Des Moines Register; Fox News; Monmouth University; National Public Radio; NBC News/Wall Street Journal; NBC News/Marist; New York Times; Nevada Independent/Mellman Group; Quinnipiac University; University of New Hampshire; USA Today/Suffolk University; Winthrop University. The DNC said it could add another Nevada-specific organization to this list. By ABC News’ count, there have already been 17 qualifying polls for this debate. To meet the grassroots fundraising threshold, candidates have to accrue at least 225,000 individual donors, an increase from the 200,000 needed for the December debate. Additionally, they have to have a minimum of 1,000 unique donors per state in at least 20 U.S. states, U.S. territories or the District of Columbia. Like the polling threshold, candidates have until 11:59 p.m. on Jan. 10 to hit this threshold. They then must submit a certification to the DNC by 11 a.m. on Jan. 11. The two candidates who debated alongside the five who have already qualified Thursday night are on their way to qualifying for the next debate.Businessman Andrew Yang has met the donor threshold, according to a donor count his campaign previously announced. He has one qualifying poll towards the four-poll threshold, so he needs three more polls with at least 5% support to qualify, according to an ABC News analysis. While he hasn’t yet met the donor threshold, businessman Tom Steyer has two qualifying polls towards the four-poll threshold, meaning he needs two more to hit the polling threshold, according to an ABC News analysis. Despite his late entry into the Democratic primary, former New York City Mayor Mike Bloomberg has already achieved the four-poll threshold, according to ABC News’ analysis. However, he has said he isn’t taking donations, so he’s unlikely to reach the grassroots fundraising threshold. Bloomberg, a billionaire, has already put millions of his own fortune into his campaign, including spending more than $100 million on television ad buys so far, according to data from CMAG.The DNC previously announced the other locations and dates for the three debates set to take place in February after the Jan. 14 debate. Ahead of the New Hampshire primary, ABC News, along with local affiliate WMUR-TV, will host a debate at Saint Anselm College in Manchester, New Hampshire on Feb. 7. Ahead of the Nevada caucuses, NBC News and MSNBC, in partnership with The Nevada Independent, will host a debate in Las Vegas on Feb. 19. And ahead of the South Carolina primary, CBS News and the Congressional Black Caucus Institute will co-host a debate on Feb. 25 at The Gaillard Center in Charleston, South Carolina. Qualifying criteria for these three debates has yet to be announced. Copyright © 2019, ABC Audio. All rights reserved.

New heat wave with gusty winds forecast for the West
Idris Elba, Angela Bassett and others to help launch new opportunities for diverse first-time filmmakers
Federal election fraud would be ‘a major challenge for an adversary’: FBI director
How much black licorice is too much and why a sweetening compound can be bad for adults
‘Father of the Bride’ cast reuniting for mini-film benefiting World Central Kitchen
Alec Baldwin hints that he is done trying for another daughter; ‘Match Game’ returns tonight