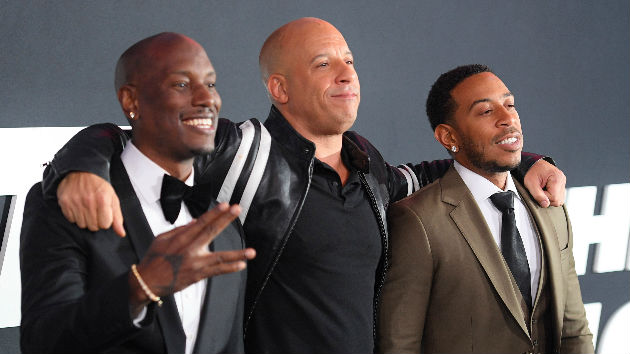 (MIAMI) — Cardi B is hyping her appearance in Fast & Furious 9 with a “free & furious” all-star show during Super Bowl weekend in Miami.

“The Road to #F9” concert on January 31 will also feature another star from the movie, Ludacris, as well as reggaeton singer Ozuna, who has a small role in the film. The bill also includes Wiz Khalifa and Charlie Puth, who collaborated on Furious 7‘s emotional anthem, “See You Again.” That song paid tribute to one of the original stars of the franchise, Paul Walker, who died in a car accident on November 30, 2013 in California.

The 11-times platinum “See You Again” was nominated for four Grammys including Song of the Year.

Vin Diesel, Tyrese and the entire F9 cast will appear at the concert, where the trailer will also debut. You can register for free tickets on the Fast & Furious 9 website.