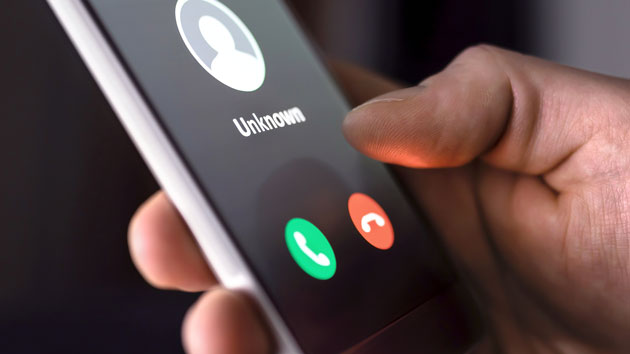 (WASHINGTON) — The Senate voted unanimously on Thursday to approve legislation to crack down on illegal robocalls, sending the bill to President Donald Trump’s desk for a signature.The House of Representatives approved the Telephone Robocall Abuse Criminal Enforcement and Deterrence Act, or the TRACED Act, earlier this month and the president is expected to sign the measure into law within the next week or so, Rep. Mike Doyle (D-Pa.), one of the bill’s supporters, told reporters on Thursday. The House passed the bill by a vote of 417 to 3 on Dec. 4.”I have yet to meet someone who says they enjoy receiving those unwanted and illegal robocalls that plague our phones,” Sen. John Thune (R-S.D.) said in a statement. “This bill represents a unique legislative effort that is not only bipartisan at its core, but it’s nearly unanimously supported in Congress.””Most importantly, this is a significant win for consumers in every corner of the country, and it finally and officially puts illegal robocallers on notice,” he added.If signed into law, the Act would require phone companies to block robocalls — without charging customers — and adopt call authentication technologies to let carriers verify that incoming calls are legitimate before they reach consumers’ phones.Under the proposed law, the Federal Communications Commission could fine scammers as much $10,000 per call.The law builds on preventative measures taken by the FCC under Chairman Ajit Pai, who recently announced that the commission would move to criminalize international robocalls and spam texts. The TRACED Act would give the FCC more time to fine robocallers and lets the commission do so without a warning beforehand.More than 50 billion robocalls were placed from January to November this year, representing an average of about 167 million calls per day, according to the YouMail Robocall Index.The average American received about 15 robocalls per month during that period, but residents in Texas, California and Florida were much more likely to be targeted than those in other states, according to the index.Lawmakers said the robocall problem worsened over the years as technology improved, making it easier and cheaper for scammers to target people — often with the intention of stealing their personal data.”The U.S. Senate today sent Americans a holiday gift on everyone’s list: stopping the plague of robocalls,” Ed Markey (D-Mass.), one of the bill’s sponsors, said in a statement Thursday. “The annoying and harassing robocalls we receive every day are neither a Democrat nor Republican menace; they are a universal menace.””I thank Senator Thune for his unwavering partnership on this important consumer protection issue. I hope the President quickly signs this bill into law so that families can enjoy a new year of family calls instead of robocalls,” he added. Copyright © 2019, ABC Audio. All rights reserved.