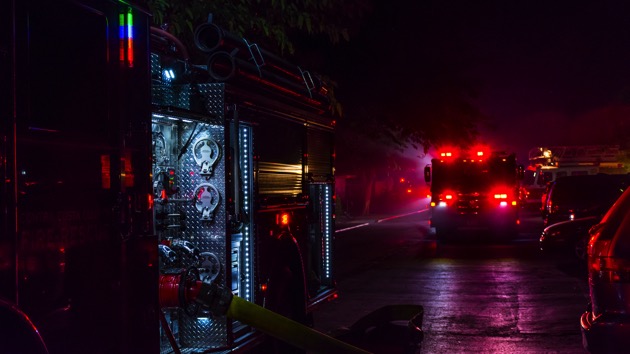 (MIAMI) — Marc Anthony’s 120-foot yacht went up in flames in Miami Wednesday night.The massive blaze was reported at about 7:30 p.m., according to Miami-Dade Fire Rescue.Anthony was not on board and all crew members are safe, the singer’s publicist said.

Miami Fire Rescue units responded to a 120Ft yacht that was on fire at approximately 07:30pm today. Units from Miami-Dade Fire Rescue and Miami Beach Fire Rescue were called upon to assist with water assets. Fire was under control within 2 hours and no other boats were damaged. pic.twitter.com/5cRYSqfbhq

Incredibly proud of our @CityofMiamiFire as they tackled a fire aboard 120 ft vessel at Watson Island. Code 1 fire boats from Miami supported by @MiamiBeachFire & @MiamiDadeFire. Witnessed these professionals in action tonight with our new fire boat & they were impressive pic.twitter.com/8gy4h3gilm

It took two hours to control the inferno, according to officials. Copyright © 2019, ABC Audio. All rights reserved.