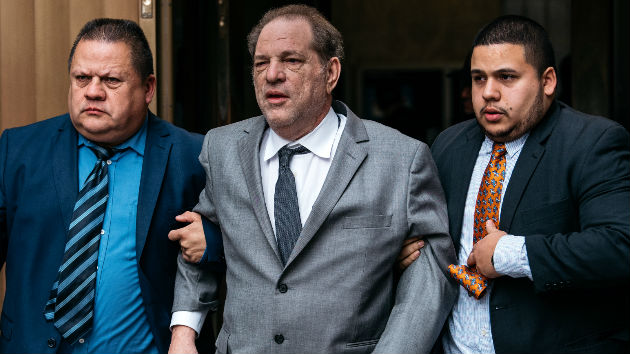 (NEW YORK) — A woman has filed a new lawsuit Thursday against Harvey Weinstein, claiming the disgraced movie mogul sexually assaulted her when she was 16. Kaja Sokola, now 33, said the alleged assault occurred in 2002, after she moved from Poland to New York to pursue modeling and acting.  The suit claims Weinstein met her an event associated with her modeling agency and told her he was interested in helping her with her acting career.According to Sokola, Weinstein allegedly promised to meet her for lunch, but instead took her to his apartment without her consent and sexually abused her. “Not long after I arrived in New York, I was sexually abused by Harvey Weinstein,” Sokola said in a statement.  “I have been living with the trauma of that day ever since.”The statement continued, “I have long since moved on from modeling and, because of Harvey Weinstein, gave up on my dreams of acting.”   The lawsuit names Harvey Weinstein, his brother Robert Weinstein, Disney and Miramax. The suit is actionable because of the New York law that largely eliminates the statute of limitations for sex assault claims.Defense attorney Douglas Wigdor said his client would not participate in a recently announced settlement with other Weinstein accusers.

Said Wigdor, “Kaja Sokola…is entitled to justice, and we intend to see that she gets it.”