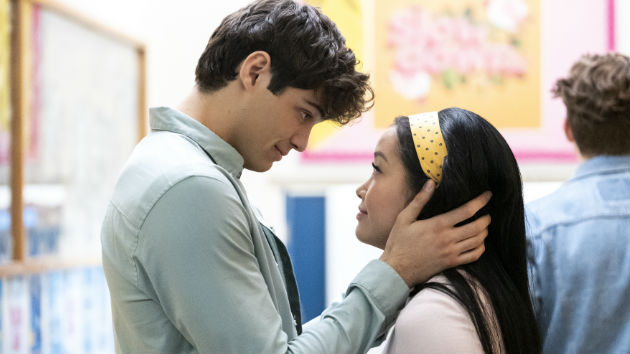 (LOS ANGELES) — Attention all hopeless romantics: The first trailer for the To All the Boys I’ve Loved Before sequel — called To All the Boys: P.S. I Still Love You — has arrived.

The first film, based on the best-selling YA novel by Jenny Han, took Netflix by storm when it was released in 2018 – and turned newcomer Noah Centineo into the Internet’s boyfriend. Now, in the sequel, Lara Jean Covey and Peter Kavinsky go from being a pretend couple to a real couple.

The trailer shows the two on their first official date together and navigating their new relationship. But things get complicated when another one of Lara Jean’s old crushes, John Ambrose McClaren, shows up and sparks fly.

To All the Boys: P.S. I Still Love You premieres on Netflix just in time for Valentine’s Day, on February 12.