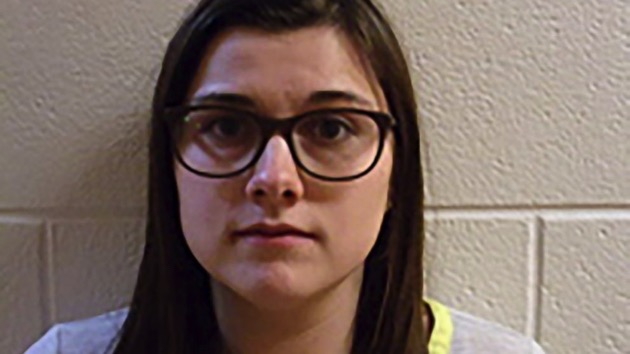 (ROCHESTER, Ind.) — A 25-year-old woman has been sentenced to four years behind bars for the crash that killed three young children and seriously injured another as they crossed the street to their school bus in Indiana last year.Alyssa Shepherd will also serve three years in home detention and three years probation. Her driver’s license was also suspended for 10 years.Shepherd was driving her pickup truck on the morning of Oct. 23, 2018, when she struck four children as they attempted to board their school bus on a rural road near Rochester, Ind.Alivia Stahl, 9, and her 6-year-old twin brothers, Xzavier and Mason Ingle, were killed. Their classmate and neighbor, 11-year-old Maverik Lowe, survived but suffered multiple broken bones and had to be airlifted to a hospital, where he spent 30 days and ultimately underwent 21 surgeries.During her testimony in court this past October, Shepherd said she had dropped her husband off at work and was on her way to drop her kids at school and welcome a new youth pastor to her church when she came upon “a very large vehicle.” She said she saw blinking lights but failed to see that it was a school bus or that it had a red stop sign arm extended.Shepherd was found guilty of three counts of reckless homicide, one count of criminal recklessness and one count of driving around a school bus with its stop arm extended. She had faced a maximum of 21 1/2 years in prison.During Shepherd’s sentencing on Wednesday, the mother of the three young siblings who were killed allegedly lunged at the woman and was subsequently taken out of the courthouse in handcuffs, according to South Bend ABC affiliate WBND-LD.Shepherd has a restitution hearing scheduled for Feb. 14. Copyright © 2019, ABC Audio. All rights reserved.

‘Power Book II: Ghost’ gets renewed for season two
‘On the Basis of Sex’ and ‘RBG’ returning to theaters in tribute to Ruth Bader Ginsberg
Trump bashes China at UN amid warnings against a world divided by two superpowers
DOJ announces largest drug, gun and cash seizure in darknet history
QAnon’s growth mirrors sharp spike in far-right extremist violence in US: Experts
Air Force veteran aims to calm violence and help young victims in her community