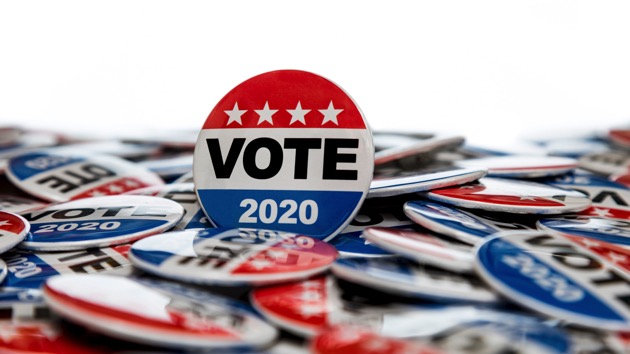 (WASHINGTON) — It is the Democratic primary debate that almost didn’t happen — and it is also the last of 2019.But with the labor dispute that threatened to preclude the candidates’ participation in the sixth matchup resolved, the seven presidential contenders, the smallest roster yet to appear on a debate stage this cycle, are poised to square off only one day after House Democrats voted to impeach President Donald Trump — only the third president in American history to face that fate.The showdown comes less than two months before the first primary votes are cast in Iowa and as the top-polling candidates continue to draw battle lines pitting progressives against moderates. The matchup also comes as the digs against Democratic rivals are no longer subtle and the focus on defeating Trump is even more urgent.In the month since the last debate, Massachusetts Sen. Elizabeth Warren and South Bend, Ind., Mayor Pete Buttigieg have spent weeks publicly feuding over transparency, Vermont Sen. Bernie Sanders appears to have outmaneuvered his progressive rival overtaking Warren in recent polling, and the House voted to approve two articles of impeachment charging the president with abuse of power and obstructing Congress. The Senate trial in January could keep at least three candidates who will be on stage in the nation’s capital throughout the month of January.For the first time, the lineup of the debate, which is cohosted by PBS NewsHour and Politico at Loyola Marymount University in Los Angeles, features only one candidate of color, entrepreneur Andrew Yang, after California Sen. Kamala Harris dropped out of the race in early December despite qualifying for the debate.The seven candidates qualified for the December debate, in podium order from left to right are:

Biden and Sanders enter the debate as two constants, as both have kept a grip on the Democratic primary’s top-tier since they launched their presidential campaigns earlier this year. Warren’s polling numbers have faltered amid an ongoing clash with Buttigieg as they ramp up early state engagement by moving from laying the groundwork of their campaigns to engaging with early voters directly.The former vice president recently wrapped up an eight-day “No Malarkey” bus tour through the Hawkeye State, with his campaign touting that Biden, and his wife, Jill, engaged with “3,300 caucus-goers” across rural parts of the state. In the middle of the tour, the Biden campaign also announced he raised more than $15 million in the first two months of the final fundraising quarter of the year, setting up high expectations for his ability to build up a war chest after closing out the third quarter with only $15.6 million.In the first half of the month, Sanders traveled to South Carolina, Iowa, Nevada and New Hampshire, turning out some of his largest crowds in those states to date and bringing along some his highest-profile backers, including political celebrities Reps. Alexandria Ocasio-Cortez and Ilhan Omar in recent weeks.Despite Sanders being the oldest Democratic contender, at a stop in Nashua, New Hampshire, Omar argued that the long-time senator is the best choice to usher in a new set of political norms, telling the crowd, “One that they often use for Bernie Sanders and I is to call us radicals. Well here’s the thing, if you believe that spending a trillion dollars on endless wars is radical, then we should all be proud to make sure that when we fight to end it, we are radicals.”For Buttigieg, who started shedding a nonconfrontational style during the Ohio debate in October, a public clash with Warren culminated in Buttigieg disclosing a list of his clients during a brief stint at the elite consulting firm McKinsey and Company from 2007 to 2010, and a list of his campaign’s bundlers in an effort to shed light on his fundraising.But the small-city mayor will likely now face a fresh round of scrutiny from his 2020 opponents on stage — despite his efforts to dismiss the infighting in the race, what he called “silly season” at a fundraiser in Baltimore last week, according to the pool report.Warren, contending with a slight slip in polling, has repeatedly hit billionaires on the trail, particularly former New York City Mayor Michael Bloomberg, her favored punching bag to gin up enthusiasm among her supporters.”I was particularly worried when, last week, Senator Kamala Harris announced that, because of money, she had to drop out of the race,” Warren said in Los Angeles Wednesday. “She dropped out of the race at the exactly the same day that a billionaire bought his way on to the debate stage. That is not how democracy should work.”At a campaign stop in Goffstown, New Hampshire, Warren criticized Biden and Buttigieg in back-to-back attacks, after spending months mostly avoiding directly criticizing her opponents.”Most candidates haven’t disclosed the names of their bundlers or finance committees. They are spending time in fundraisers with high-dollar donors, selling access to their time for money. Some of them have spent months blocking reporters from entering those fancy, closed-door affairs,” she said, before later adding, “We know that one Democratic candidate walked into a room of wealthy donors this year to promise that ‘nothing would fundamentally change’ if he’s elected president.”Although there is some distance between the top-tier and the rest of the pack, flanking the front-runners will be a senator and two political outsiders who could take advantage of the smaller stage and the larger national exposure that comes with it.After qualifying for the debate, and becoming the sole minority candidate to clinch a podium, Yang told ABC News, “I’m even more confident we’re going to make the next debate to keep the momentum going, because we’ve been investing a lot of time, energy and resources in the early states in particular.”With more opportunities for speaking time with only seven candidates, Klobuchar, Yang and Steyer will likely take the stage with renewed urgency to turn a breakout moment into a tangible spike, as the field enters the critical weeks leading up to February’s early state contests. Copyright © 2019, ABC Audio. All rights reserved.