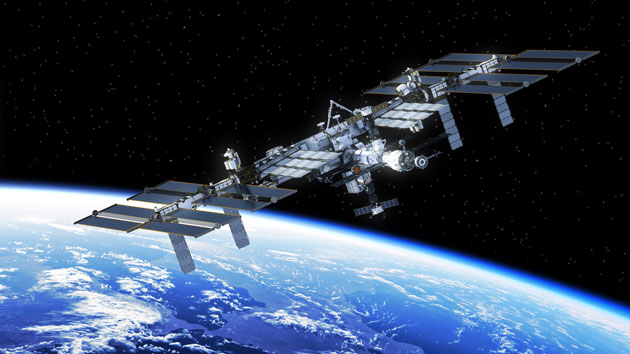 (NEW YORK) — In one giant leap for corporate space exploration, Boeing is set to launch its Starliner spacecraft into orbit for the first time Friday, a historic step in a modern space race dominated this time by billionaires and U.S. companies.Part of NASA’s Commercial Crew Program, the Starliner is heading to the International Space Station where it is slated to dock before returning to Earth on Dec. 28.”Being on the cusp of this huge moment in history is really exciting,” Trip Healey, NASA’s mission manager of the launch, said in a statement.The launch is an “exciting milestone in the commercial space race and in NASA’s partnering with commercial companies like Boeing,” Phil Larson, an Obama administration space adviser, told ABC News.While the Starliner won’t carry any humans this time, a test dummy clad in a red bandana and dubbed Rosie the Rocketeer (a nod to the iconic World War II-era Rosie the Riveter) will be aboard, equipped with hundreds of sensors to measure what the flight will be like for future astronauts.If the test flight goes smoothly, Boeing will schedule a crewed flight for the Starliner in 2020 that is set to be commanded by the company’s first corporate test pilot astronaut, Chris Ferguson.Ferguson commanded the last NASA Space Shuttle mission before the U.S. ended the program in 2011. Since the Space Shuttle program retired, the U.S. has been forced to rely on buying seats from Russia — despite political tensions between the nations — in order to send American astronauts to the ISS.Boeing has indicated that the Starliner will help restore some of America’s independence and not have to rely on foreign governments for flying to space.”It will be a really exciting moment for the United States to have American astronauts on an American launch pad on an American spacecraft again,” Larson told ABC News.”It’s kind of another Wright Brothers moment in space — we are testing a new system, with a new partnership with NASA to gain United States space exploration capabilities back,” he added. “And we are doing it at a cost that is much lower to the taxpayer than has traditionally been done in the past decades.”Boeing has also emphasized the national economic impacts of the Starliner, saying more than 425 suppliers in 37 states contributed to help create the spaceship.Moreover, the reusable spacecraft could be used in the near future to transport not just NASA and commercial astronauts, but private riders as well.’A new era in space exploration’Boeing’s milestone Starliner launch comes as many private companies have invested significantly in space exploration technologies.From Elon Musk’s SpaceX to Jeff Bezos’ Blue Origin, a growing number of billionaire-backed spaceflight groups have their eye on the final frontier.”We are in this new era in space exploration where you are having companies competing with each other over who can have the best spacecraft,” Larson, who worked at SpaceX before becoming assistant dean at the University of Colorado Boulder’s College of Engineering and Applied Science, told ABC News.Larson sees the competition ultimately bringing benefits for NASA and the future of space exploration.”It’s great to keep the competition alive, the Boeing milestone will just push others to work harder and to attain their goals as well,” he said. “The impact of all of this is a better product for NASA and the taxpayers.”For the longest time, cost has been the largest hindrance for human space flight. The corporate world entering the space race is expected to significantly lower costs, which could bring about the budding space tourism industry, according to Larson.”This commercial space race has the potential to not only create new technologies but also lower the cost and increase the access to space, you see now with Boeing, with SpaceX, with Blue Origin, with Virgin Galactic,” he said.”In humanity’s history, only about 550 people have been to space,” he added. “You could see that number double or triple in a matter of five or ten years.”In addition, the new space race is “not just one race for flags and footprints,” Larson added, but rather is “multiple races.””What’s exciting about a commercial space race is there is many different races going on, there is space tourism, there is science and exploration,” he said. “There is the race to save planet Earth in the climate crisis, there is the race to find life in space.”Copyright © 2019, ABC Audio. All rights reserved.