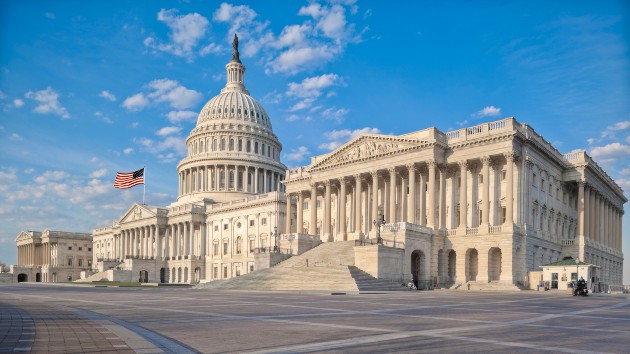 (WASHINGTON) — The House passed a pair of funding measures to avert a government shutdown on Tuesday, voting across party lines detailing roughly $1.4 trillion in government funding ahead of the Friday deadline. The spending package — consisting of two separate spending bills and thousands of pages of legislative text — was introduced on Monday, and includes a boost on domestic spending backed by Democrats while also upping military spending.It also includes an increase in funding for President Donald Trump’s border wall and largely keeps the status quo on the administration’s immigration priorities — which led a small group of Democrats to oppose the measure containing Department of Homeland Security funding.The package, the final piece of must-pass legislation taken up by Congress this year, also includes a number of unrelated policy provisions, including an increase in the legal age to buy tobacco products from 18 to 21, $25 million in funding for gun research and a 3.1% pay raise for both military service members and federal workers.The Senate is expected to pass both measures, which will fund the government until Sept. 30, and send them to Trump’s desk for approval. The major bipartisan votes took place the day before the House prepares to take up a final vote on the impeachment of Trump on Wednesday. Copyright © 2019, ABC Audio. All rights reserved.