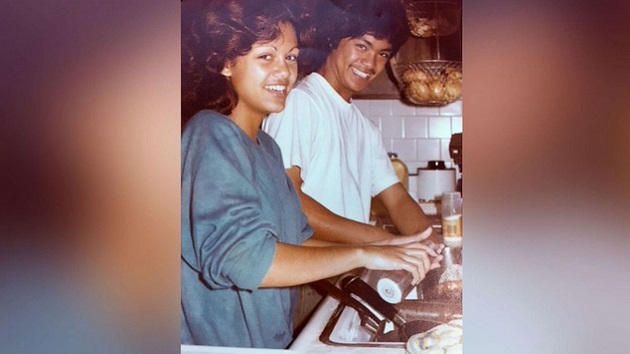 (FREMONT, Calif.) — After decades of grieving the mysterious slayings of two 16-year-old cousins, their family may now have an answer.Through DNA and genetic genealogy, their suspected killer has been identified, according to police in California. But he won’t be prosecuted, as he died 20 years ago.The victims, Jeffrey Flores Atup and Mary Jane Malatag, were found dead along roadways on the morning of Dec. 20, 1982, according to Fremont police.”Our family over the years had lost hope in believing that we would ever have justice in knowing” what happened and who was behind it, the cousins’ relatives said in a statement released by police.The teens were last seen late the night before their bodies were found and were believed to be walking home in Milpitas, just outside of San Jose, said police.But the case went cold for decades — until Fremont police Det. Jacob Blass took a new look and realized DNA technology may crack the case, Fremont police said Tuesday. To identify the suspected killer, police turned to the novel investigative technique of genetic genealogy.Genetic genealogy compares unknown DNA evidence from a crime scene to public genealogy databases, which are populated by the DNA of family members who voluntarily upload their DNA.Genetic genealogy has been called a “game-changer” in cracking cold cases. Since the arrest of the suspected “Golden State Killer” in April 2018, about 100 suspects have been identified through the technology, according to Parabon NanoLabs Chief Genetic Genealogist CeCe Moore, who worked on the Atup and Malatag case.By tracing the family tree of the teens’ unknown killer, investigators zeroed in on Clifton Hudspeth as a possible suspect, said police.Hudspeth, who had a history including bank robberies, sexual assaults and attempted homicide, was 31 years old at the time of the crime, police said. His home was a 4-minute drive from where Atup’s body was discovered, police said.But Hudspeth died in 1999 from a medical condition, police said, so they obtained a search warrant and exhumed his remains from a Santa Clara cemetery. Hudspeth’s DNA confirmed he was the suspect, police said.It’s believed Hudspeth acted alone, police said, but a motive is not clear.”We are attempting to put our lives back together as we re-mourn the loss of our beloveds,” the family said in their statement.”We will be forever thankful to Detective Blass in never forgetting about these 2 innocent children,” the family added. “We would also like to thank the Fremont police department as well as the initial detectives who worked on this case.”Fremont police said Hudspeth may have been involved in other crimes around the time of the teens’ slayings. He had been in Arkansas and San Diego before Atup and Malatag were killed, police said. Anyone with information can call Det. Blass at 510-790-6963.Copyright © 2019, ABC Audio. All rights reserved.