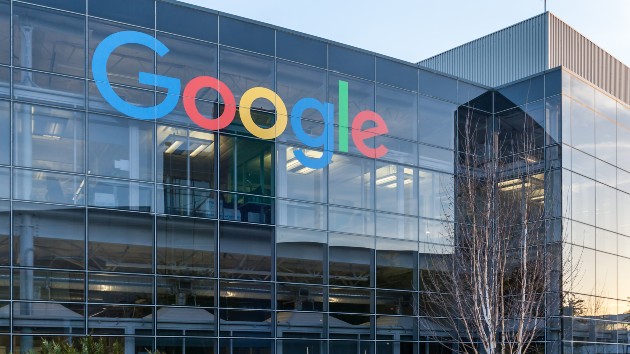 (MOUNTAIN VIEW, Calif.) — A fifth fired Google employee said she believes she was “fired in retaliation” for her labor organizing efforts within the tech giant, as the company already faces similar allegations from its firing of four other employees just days after a staff-organized protest last month. “I was involved in organizing at Google and I do believe I was fired in retaliation,” Kathryn Spiers, 21, from California’s Bay Area, told ABC News Tuesday. Spiers said that she had worked at Google for just under two years when she was suddenly terminated from the company last Friday. “I was given no notice, I got a phone call last Friday telling me I was fired,” Spiers said. “They were accusing me of violating the basic security policies,” she added. “What I was actually fired for was organizing.”Spiers said she filed a complaint over her firing with the National Labor Relations Board on Monday. The NLRB confirmed to ABC News last week that it had launched an investigation into the firing of the four others at Google. The firing of the other four employees, who were not named by Google, was announced late last month and came days after Google staff and supporters demonstrated outside of the San Francisco office on Nov. 22 to protest two workers who were placed on sudden leave. Google has denied the allegations of firing Spiers or the others for their involvement in unionizing efforts. In a lengthy Medium post published Tuesday, Spiers said she created a code that sends a notification to her coworkers whenever they visit the website for an alleged union-busting firm Google reportedly hired last month. The memo read: “Googlers have the right to participate in protected concerted activities,” according to Spiers. Google said her actions were an “unacceptable breach of a trusted responsibility,” according to a copy of an email sent by Royal Hansen, the VP of technical infrastructure security and privacy, and provided to ABC News by a Google spokesperson. Spiers “misused a security and privacy tool to create a pop-up that was neither about security nor privacy,” the email stated. “She did that without authorization from her team or the Security and Privacy Policy Notifier team, and without a business justification. And she used an emergency rapid push to do it.””I want to be very clear: the issue was not that the messaging had to do with the NLRB notice or workers’ rights,” Hansen wrote. “The decision would have been the same had the pop-up message been on any other subject.” On Medium, Spiers writes that after this she was suspended and “interrogated about separate other organizing activities,” and then eventually terminated. She said she was asked eight times if she “had an intention to disrupt the workplace.”Spiers told ABC News that Google’s lack of transparency should hurt users’ trust in the company. “I’m scared, billions of users a day trust Google with their sensitive information,” she said. “If they’re going to move in this less transparent way, I don’t understand how users can continue trusting Google.” Moreover, Spiers, who identifies as trans, said that three out of the five recently-fired Google employees are also trans, and she thinks that the company might be “targeting” them. “I know that 60% of Googlers aren’t trans, and I don’t think that 60% of the organizing community are trans, so I don’t have a good explanation for why 60% of those fired are trans,” Spiers said. “I think they are targeting the more vulnerable members of the organizing community,” she added. Of those fired from Google, “80% of us are LGBTQ,” she added. A Google spokesperson did not immediately respond to request for comment on the allegations of targeting trans organizing workers. Copyright © 2019, ABC Audio. All rights reserved.