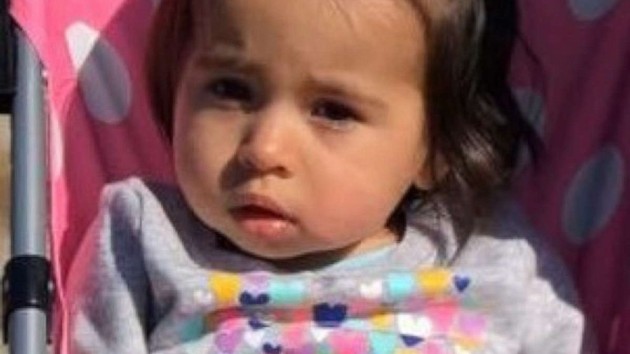 (ANSONIA, Conn.) — Police believe a Connecticut man could be connected to his girlfriend’s murder and the disappearance of their 1-year-old daughter. Jose Morales, 43, was named as a suspect in the murder of Christine Holloway, 43, on Tuesday, more than two weeks after she was found dead in her Ansonia home. Their daughter, Vanessa, has not been seen since. Morales was arrested Dec. 3 in New Haven on an unrelated weapons charge, but police in Ansonia said they have reason to believe that he could be connected to the infant’s disappearance and her mother’s murder.Officers with the Ansonia Police Department said the two were in a relationship, but they did not offer details on how he might be connected to the murder and disappearance. Morales has a long criminal history with an array of charges, including those for larceny, drug distribution and violation of a protective order. “Finding Vanessa and bringing her home safely is our main priority. We are not looking to arrest or start criminal proceedings against whoever has Vanessa; we just want her returned to her family,” the department said in a statement Tuesday. “It is imperative that we find Vanessa, a one-year old child who is wholly dependent on others for her care and well-being and we know locating Vanessa would bring a sense of relief to her family.” The department declined to say if charges were pending, citing fears of jeopardizing the ongoing investigation, but said it was “building a case” against him.Holloway’s family remembered her as a loving day care educator who had a passion for teaching and nurturing young children, according to her obituary. She was the eldest of five children and the first person in her family to graduate from college, the obituary said. “She had the patience of a saint and would do anything for anyone,” according to her obituary. “She was a loving and caring mother to her precious daughter Vanessa. They were inseparable.” Earlier this month, Ansonia Police Lt. Patrick Lynch said investigators were following several leads into both the homicide and missing child.Local and federal agencies shared Vanessa’s picture on social media, begging for the public’s help in locating her. Anyone who had contact with Morales or saw him between Nov. 30 and Dec. 2 is asked to contact the FBI tip line at 203-503-5555 or the Ansonia Police Department at 203-735-1885 or through Tip411. Morales was being held on a $250,000 bond on charges of criminal possession of a pistol, a felony. He is scheduled to appear in court on Wednesday. Copyright © 2019, ABC Audio. All rights reserved.