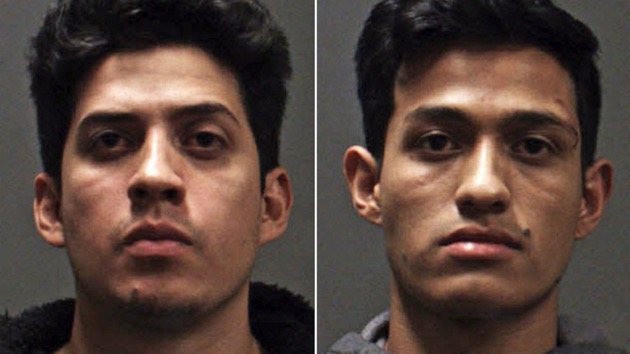 (CHINO, Calif.) — A weekend wedding turned tragic after a man, who family and friends identified as the groom, was beaten to death.Joe Melgoza, 30, suffered blunt force trauma to his head during a fight that broke out at a wedding in Chino, Calif., on Sunday around 2:20 a.m., according to a news release from local police.Officers began life-saving efforts at the scene before rushing him to Chino Valley Medical Center, where he died, police said.Loved ones of Melgoza told ABC Los Angeles station KABC that he had gotten married hours before the incident.Two men who allegedly tried to crash the wedding were the ones who beat him, according to KABC.Police have arrested two suspects: Rony Aristides Castaneda Ramirez, 28, and his 19-year-old brother Josue Daniel Castaneda Ramirez.Both are residents of Chino, police said. They were taken into custody after authorities located them at their home around 2 p.m. Sunday.It was not clear if they had been charged yet and Chino police did not immediately respond to ABC News’ request for comment.Authorities said in a news release that detectives are actively investigating the homicide.Anyone with additional information is urged to contact Criminal Investigations Bureau Sergeant Dustin Tomicic at 909-334-3115.Copyright © 2019, ABC Audio. All rights reserved.