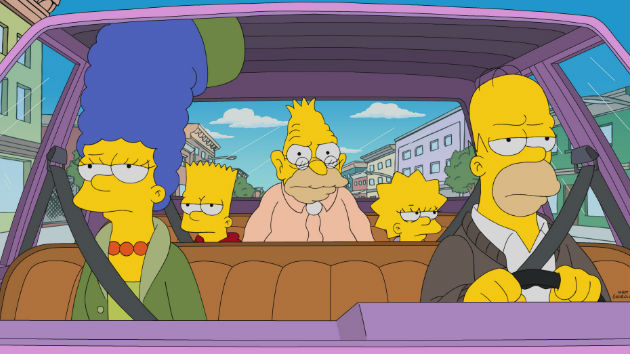 The first full-length episode of the animated series premiered on December 17, 1989. It followed a series of Simpsons shorts that aired in previous years on another Fox comedy, the live-action The Tracey Ullman Show.

Homer, Marge, Bart, Lisa and Maggie Simpson have noticeably evolved since the first episode, titled “Simpsons Roasting on an Open Fire,” hit the air. The animation was less polished back then, and the characters sounded different — Dan Castellaneta’s Homer was much more Walter Matthau than the guy we know now.  However, Bart was every bit the troublemaker then as he is now.  Over the years, however, the series ultimately shifted focus from Bart to Homer, broadening the scope of the issues it could tackle.

“Simpsons Roasting on an Open Fire” was nominated for a couple of Emmys, and the rest, as they say, is history. It has since won 34 Emmys and earned more than 80 nominations — though none for Outstanding Comedy Series. The show has won eight People’s Choice Awards, dozens of Annie Awards, a dozen Writers Guild of America awards, and other accolades of almost every type.

2007 brought the smash hit The Simpsons Movie to theaters.  The yellow residents of 742 Evergreen Terrace have also starred in video games, comic books, and have been made into toys, printed on t-shirts and adapted to just about every merchandise opportunity in between.

More importantly, the series has inspired generations of comic voices, and kicked the door down for mature animated series from South Park to Family Guy, to Adventure Time and Rick and Morty.  In fact, South Park addressed the show’s ubiquity with an episode called “Simpsons Already Did It.”

Family Guy creator and star Seth McFarlane put it simply to ABC Audio: “The Simpsons is part of that exclusive club that All in the Family belongs to, of shows that utterly transformed their genre.”

Last year, The Simpsons surpassed the classic TV Western Gunsmoke’s long-held record of 635 episodes to become TV’s longest-running scripted primetime show.  And the series shows no signs of slowing down; a major addition to Disney+’s library of streaming shows, The Simpsons has been renewed through its 32nd season in 2021, at which point the show will surpass 700 episodes.