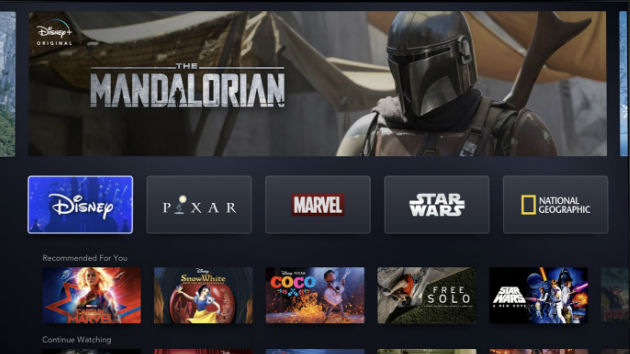 (NEW YORK) — Like Netflix, the folks behind Disney+ don’t share their viewer numbers, but a new survey of Disney+ subscribers tells The Hollywood Reporter what they’ve been binging.

Turns out 22% of nearly 500 people polled have been watching classics like the original Mary Poppins and other older Disney films — one percentage point higher than those who cited Star Wars content as the streaming service’s biggest attraction.

The Hollywood Reporter/Morning Consult poll claimed that Marvel movies were declared the most popular by 15% or subscribers; Pixar content, 14%, Disney Channel shows like Lizzie McGuire and others, 9%; The Simpsons 5%; National Geographic 3%.

Since its launch on Nov. 12, Disney+ has racked up at least 10 million sign-ups, either through individual accounts or through promotional deals like Verizon wireless’ arrangement, which gives new customers a year’s worth of the service.