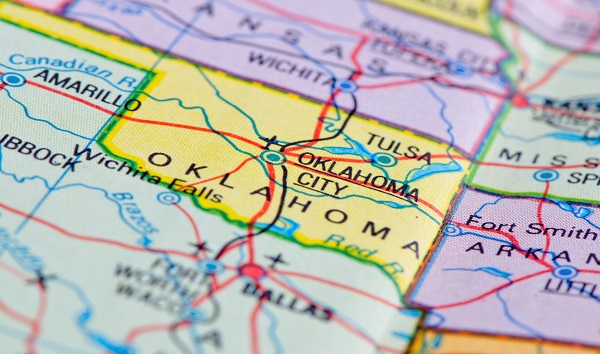 (TULSA, Okla.) — Researchers at the University of Oklahoma believe they’ve uncovered a mass grave site from one of the worst race-related massacres in U.S. history — the 1921 Tulsa Race Massacre.Scott Hammerstedt, a senior researcher for the Oklahoma Archeological Survey, said at a public hearing Monday that a geophysical scanning in October identified a 25-by-30 foot area at Tulsa’s Oaklawn cemetery that appears to be a pit of some kind that may contain the remains of those killed in the 1921 Tulsa Race Massacre.Scans were completed at Oaklawn Cemetery, Newblock Park and an area known as the Canes, which is near the Arkansas River, according to ABC News affiliate KTUL-TV.”I’m as confident as I can be in the results that this is a very big candidate with something associated with the massacre,” Hammerstedt said at the hearing.Following World War I, Tulsa was known for its affluent African American residents and black-owned businesses in an area called the Greenwood District. The district — which was also referred to as “Black Wall Street” — was decimated in a two-day riot sparked by a murky elevator encounter between Dick Roland, an African American shoe shiner and Sarah Page, a white elevator operator. Yet tensions had been simmering in the area fueled by “sensational reporting by The Tulsa Tribune, resentment over black economic success, and a racially hostile climate,” according to a post on the Tulsa Race Centennial Commission’s website. Hundreds were left dead or injured, and homes and businesses were destroyed.The Oklahoma Historical Society calls the massacre “the single worst incident of racial violence in American history.”In October, Tulsa Mayor G.T. Bynum declared that the city would reexamine the sites.Despite the researchers’ findings, no direct link exists between the unmarked graves and the Tulsa massacre.”Still much work to be done to determine if this is a mass grave from the 1921 Tulsa Race Massacre.” Bynum tweeted Monday in response to the most recent findings.The Public Oversight Committee will reconvene in February to further develop next steps of the physical investigation. Copyright © 2019, ABC Radio. All rights reserved.

Biden preps for personal attacks from Trump ahead of Tuesday’s debate
After brain-eating amoeba found in county’s water supply, advisory lifted in all but 1 area
To Native Americans, reparations can vary from having sovereignty to just being heard
Black flight attendant and white airline CEO reunite after emotional talk on race
Breonna Taylor’s family demands release of transcripts from grand jury proceeding
Rural moms recovering from addiction struggle to stay connected during pandemic