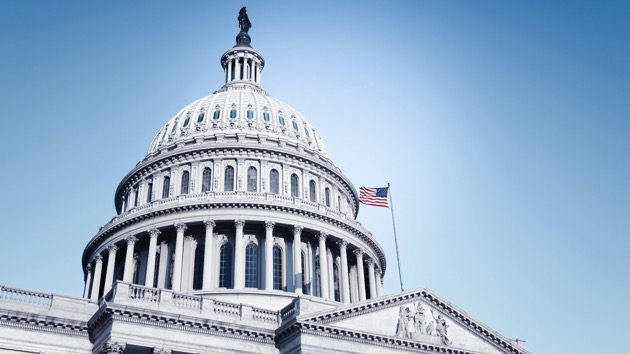 (WASHINGTON) — Senate Majority Leader Mitch McConnell on Tuesday flatly rejected Minority Leader Chuck Schumer’s call for a deal on live witnesses at President Trump’s impeachment trial — at least before the trial starts.In a Senate floor speech responding to Schumer, McConnell made it crystal clear that he is not inclined to call in witnesses — but he didn’t rule it out either.“The House chose this road. It is their duty to investigate. It is their duty to meet the very high bar for undoing a national election,” McConnell said.“If they fail, they fail,” McConnell said of the House’s efforts to make a clear case against the president. “It is not the Senate’s job to leap into the breach and search desperately for ways to ‘get to guilty.’ That would hardly be impartial justice,” he said.“We don’t create impeachments,” McConnell said. “We judge them.”Sarcastically calling the House Democrats’ work the “most rushed, least thorough, and most unfair impeachment inquiry in modern history,” McConnell urged the House to “turn back from the cliff” and not impeach the president.McConnell slammed his Democratic counterpart for short circuiting the “customary and collegial process” in laying down the basic groundwork in determining the process and procedures for a potential impeachment trial.“The preferable path would have been an in-person conversation, which nonetheless, I still hope to pursue,” McConnell said.Schumer, in a letter addressed to the McConnell on Sunday, asked to hear from four witnesses during the Senate’s impeachment trial – acting White House chief of staff Mick Mulvaney, former National Security Adviser John Bolton, Associate Director for National Security at the Office of Management and Budget Michael Duffey, and senior adviser to the acting White House chief of staff, Robert Blair – all of whom refused to participate in the House investigation.“The four witnesses we propose have direct knowledge of why the aid to Ukraine was delayed,” Schumer said. “They might present exculpatory evidence that helps President Trump. It may be incriminating against the president. But they should be heard.”Schumer also requested that the Senate issue subpoenas for a limited set of documents related to those decisions.“I haven’t seen a single good argument about why these witnesses shouldn’t testify or these documents be produced, unless the president has something to hide, and his supporters want that information hidden,” Schumer said on Monday.McConnell called Schumer’s requests a “fishing expedition,” and blasted him for taking the opposite position during former President Bill Clinton’s impeachment trial in 1999.“Very tellingly,” McConnell said, “our colleague from New York completely omits any motions to dismiss the case like the one he was happy to vote for himself as a new senator back in 1999,” referring to Schumer’s vote to dismiss the charges against Clinton.“But now the same process that Senator Schumer thought was good enough for President Clinton, he doesn’t want to afford president Trump. Go figure,” McConnell said.McConnell called the House impeachment inquiry “woefully, woefully inadequate” and blamed Senate Democrats for trying to do “House Democrats’ homework for them.”“The Senate is meant to act as judge and jury to hear a trial, not to rerun the entire fact-finding of the investigation because angry partisans rushed sloppily through it,” McConnell said.McConnell concluded his remarks by saying he wants the Trump impeachment trial to mirror the Clinton impeachment trial, which would call for the Senate to pass two resolutions at the outset. The first resolution would sketch out the basic things like scheduling, opening arguments, and the timing of motions.The second resolution, McConnell said, offered more details about the latter half of the trial, including whether any witnesses would be called.“The answer is the House should not impeach on this basis in the first place. But if the House plows ahead, if this ends up here in the Senate, we certainly do not need jurors to start brain-storming witness lists for the prosecution and demanding to lock them in before we have even heard opening arguments,” McConnell said. Copyright © 2019, ABC Audio. All rights reserved.