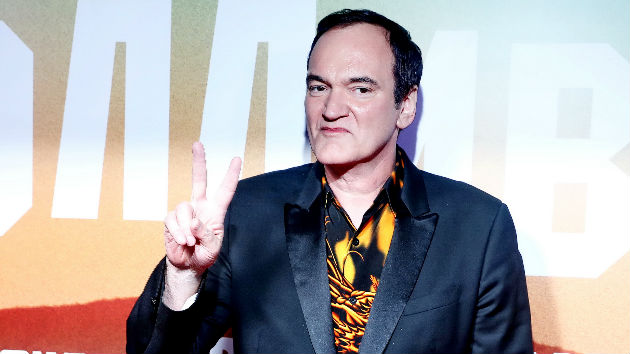 (LOS ANGELES) — After claiming he intended to bring his sensibilities to Star Trek — “Pulp Fiction in space,” as he put it — Quentin Tarantino might leave the long-gestating project behind.

“I might be steering away from it, but we’ll see,” the Once Upon a Time in Hollywood writer-director told Deadline‘s Mike Fleming in a phone call. “I haven’t completely decided, or talked to anyone involved. Nothing is official.”

The Revenant’s Mark L. Smith wrote “a really cool script” for the J.J. Abrams-produced project, Tarantino said back in July.

At the time in a chat with the trade, Tarantino praised the Abrams-produced Trek reboot series — specifically Chris Pine and Zachary Quinto, who played, respectively, a “fantastic” and “perfect” Captain Kirk and Mr. Spock.

Quentin added, “Deadpool showed that you can rethink these things, do them in a different way. So really, even before J.J. knew what the idea was, his feeling was, if it wants to be an R rating, fine.”

A fourth Trek film — different from this project but reuniting Abrams’ crew — was recently given the green light with Legion creator Noah Hawley calling the shots.

Meanwhile, Once Upon a Time in Hollywood, Tarantino’s love letter to ’70s Hollywood, has him on the Oscars short list, following five Golden Globe nominations.

Trump and Biden to face off in 1st 2020 presidential debate
’13 Reasons Why’ star Anne Winters campaigns to play Madonna in new biopic
“Feel Like I Do”: Vin Diesel drops debut pop single
‘Cake Boss’ star Buddy Valastro recovering from freak bowling accident that left him with impaled hand
Airlines under scrutiny over mask policies as parents with toddlers get kicked off flights
Dane Cook spills on how he pulled off the Brad Pitt and Jennifer Aniston reunion