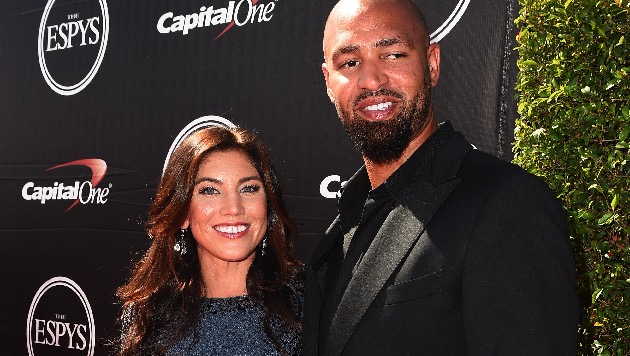 (MIAMI) — Hope Solo just revealed some exciting news.The former soccer star announced she is expecting twins with her husband, former NFL tight end Jerramy Stevens, during an appearance on BeIN Sports on Monday.”My husband and I get to practice equality from the very beginning with one boy and one girl — miniature soccer team on the way,” she shared.The two-time Olympic gold medalist also retweeted a post of the video clip, adding two baby emojis to her tweet.She previously opened up to Elle magazine in June 2019 about nearly losing her life after suffering a miscarriage in 2018.She told the magazine that after she miscarried, she found out that she had been pregnant with twins and one had been ectopic.An ectopic pregnancy is when the fertilized egg “implants and grows outside the main cavity of the uterus [and] the fertilized egg can’t survive. The growing tissue may cause life-threatening bleeding, if left untreated,” according to the Mayo Clinic.Solo told Elle that she was “hours from dying.””They ended up having to remove my fallopian tubes,” she said.She also told Elle she began IVF after her miscarriage.Copyright © 2019, ABC Audio. All rights reserved.