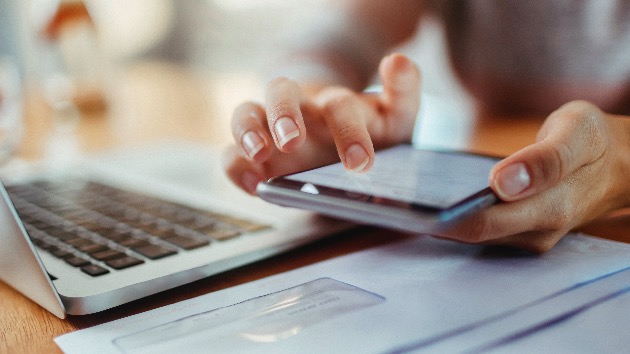 (WASHINGTON) — The United States Marshals have issued a warning this Christmas season about a new scam involving the caller impersonating a social security officer and telling the person receiving the call that the U.S. Marshals will break down their door if they don’t pay up.It’s an all too familiar call these days — someone calls pretending to be from the Social Security office claiming identity theft, but in order to make it whole, the recipient of the call has to go to the bank and get all their money out and pay — or else.This happened to a Washington state man, who wished to remain anonymous out of fear of retribution from the callers, who told ABC News he was on the brink of handing them over $100,000. That was the man’s entire life savings and business account.The man received a call from someone claiming to be calling from the Social Security Administration and said that a rented car in his name was found in Texas with drugs in it and that he might have been a victim of identity theft. The lie continued when the fake officer on the other end of the phone said that he could be found guilty of ‘very serious’ charges and even provided a fake badge and case number.”He [then] asked me to go to the bank and withdraw my funds because of this fraudulent activity under my Social Security number,” the Washington state man told ABC News. “He said anything. All accounts under that Social Security number are going to be seized.”The man was then given to a “supervisor” that told him the call was a courtesy and that if he hung up, that would be the end of the courtesy and Marshals would come get him.”He told me to put my phone in my pocket and go into the bank or withdraw all my funds. And in which time I did, and now I’ve got my life savings in front of me and it’s out of the bank — it’s signed out of the bank,” the man said. That is when the man told the bank teller and his sister who proceeded to call the U.S. Marshals who then told the man’s sister it was all a scam.After that — the jig was up and the scam fell apart.”We’re getting a ton of calls on these scams and whether they’re saying they’re U.S. Marshals, whether they’re saying they’re Social Security, but U.S. Marshals are going to come get them, it does seem to be an underlying theme that they bring us up in the call,” Kaitlin Kent Chief Inspector for the U.S. Marshals Service told ABC News in a phone interview.The victim of the phishing call remains rattled by just how believable the entire ordeal was.”Just the way he went into this information and the depth of it. I believed it,” the man said. “Even I told them a couple times on the phone, like, I’m about to fall apart here because I don’t know what you’re talking about. I’ve never been to Texas. I’m not involved in this anyway. And he got me just hook, line and sinker.”The man said that he is still scared and wasn’t sure how the scammers were going to get the money only saying, “we’ll talk about that later.”In a recently posted video, the FTC also warned about the scam.”The Social Security imposter scam is very widespread right now,” Monica Vaca of the Division of Consumer Response and Operation at the FTC said in the video. “What these scammers are trying to do is induce a state of fear. They are trying to make you feel very, very panicked.”Kent said that the Marshals want to stress that they’d never call and request any information at any time.”We want to make sure that everybody knows that we wouldn’t do that if the Marshal Service needs to get in touch with you, we would do that in person. You would be able to see our credentials and you’ll be able to verify that we really are who we say we are and that at any time,” Kent explained.Gavin Duffy, the Chief Deputy U.S. Marshal in Spokane, Wash., said that the Marshals are responsible for the “enforcement arm of the judicial branch.””The U.S. Marshal Service, actually the oldest federal law enforcement agency and how I tell people is that we are basically the police for the judicial branch of the government. We enforce all things that the judges decide. So that means federal warrants, bringing federal prisoners to court, to their court, hearing their sentence,” Kent also explained.Duffy also stressed they’d never ask for money over the phone.”It’s important that if they think this is happening to them, they are welcome to reach out to our local office or come down to the courthouse and we will clarify with them and give them the peace of mind. They need to know that they’re not in financial or legal jeopardy,” Duffy told ABC News.Duffy stressed that if one is actually accused of a crime, the U.S. Marshals would show up in person make the arrest and not give advanced warning.Copyright © 2019, ABC Audio. All rights reserved.