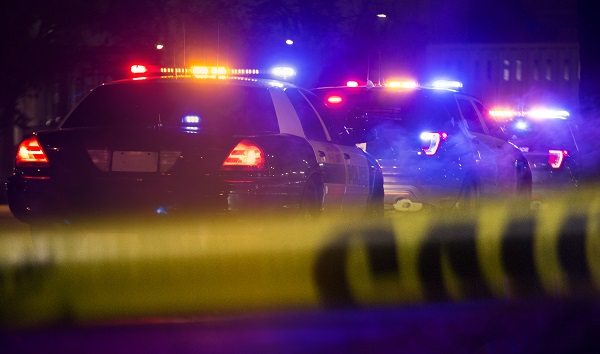 (NEW YORK) — A 13-year-old charged in the killing of 18-year-old Barnard College freshman Tessa Majors told detectives he saw one of his companions stab the college student with a red-handled knife, according to police testimony.The 13-year-old described the attack as a “stabbing, poking motion,” according to police testimony at the teen’s court appearance Tuesday.Majors was stabbed to death on Dec. 11 in upper Manhattan’s Morningside Park, just off the campus of Columbia University, which sits next to Barnard.Police testified Tuesday that the 13-year-old and two others intended to rob Majors. The suspects allegedly had their sights set on another victim, a male, but backed out and grabbed Majors from behind and removed a plastic bag from her pocket, police said.The 13-year-old said he heard Majors call for help and refused to give up any property, according to the testimony.

The Legal Aid Society, which is representing the 13-year-old, said in a statement, in part, “Tessa Majors’ death is a terrible tragedy and we extend our condolences to her family, friends, and everyone affected by it. We caution, however, against any rush to judgment that would only cause additional harm to the Harlem and Barnard communities. No one should seek to exploit this tragedy to press for new, ill-advised criminal sanctions against our young clients.””We are absolutely troubled by the fact that our client was questioned and interrogated by police without an attorney present,” the statement added. “We must ensure that our client’s constitutional rights are not violated.”

The 13-year-old boy was arrested Friday and charged with murder, robbery and weapons possession. He appeared Tuesday in family court where the judge found reasonable cause to hold him in custody.Police are still searching for another suspect in the stabbing. A 14-year-old was on his way to turn himself in Monday night when he bolted from the car while it was stopped at an intersection, according to police sources.Police believe the 14-year-old may have signs of a bite mark from the struggle with Majors.Police have now identified all three suspects in the Barnard freshman’s murder: the 13-year-old, the wanted 14-year-old who allegedly fled from the car Monday night, and a 14-year-old who was questioned and released without charges.Majors, who was from Charlottesville, Virginia, was a “budding journalist” and musician who was “endlessly creative,” Manhattan Borough President Gale Brewer said at a vigil on Sunday.”Tessa must have been extraordinary,” added Lisa Carnoy, co-chair of the Columbia University Board of Trustees. “Feminist, iconoclast, musician, friend. I want to know more about Tess. Together we will, we must, find an enduring way to remember and honor her.”Copyright © 2019, ABC Radio. All rights reserved.

Will ‘Schitt’s Creek”s historic night at the Emmys lead to a movie? Dan Levy weighs in
Felicity Jones and Kate McKinnon pay tribute to Ruth Bader Ginsberg
Biden implores Senate GOP to wait on Ginsburg vacancy until after election
Sen. Murkowski ‘would not support’ taking up a Supreme Court nominee before election
Coronavirus live updates: US death toll from COVID-19 inches closer to 200,000
Tropical Storm Beta to make landfall in Texas Monday