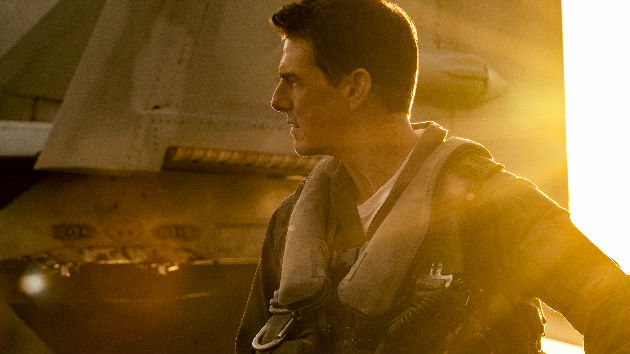 (NEW YORK) — Tom Cruise is back in the cockpit for the long-awaited sequel to 1986’s hit Top Gun, and a new trailer from Paramount Pictures shows the Top Gun going up against some young guns.

Cruise’s Pete “Maverick” Mitchell gets ordered back into service to train a group of young men and women in the art of aerial combat.

“What he has to teach you may very well mean the difference between life and death,” the CO intones.

The trailer begins with a shot of an F-14 Tomcat, the plane Maverick flew in the first film, flying alone. The planes, once cutting-edge, were retired from active service in 2006, and naval aviators then flew them from all over the country to be mothballed.

Maverick, however, evidently wasn’t retired. According to Paramount, he’s Maverick has been flying for 30 years, and deliberately avoiding promotions that would ground him. “When he finds himself training a detachment of Top Gun graduates for a specialized mission the likes of which no living pilot has ever seen,” the studio teases, “Maverick encounters Miles Teller’s Lt. Bradley “Rooster” Bradshaw, the son of Maverick’s late friend and Radar Intercept Officer Lt. Nick Bradshaw, aka “Goose.”

The trailer hints that, despite being cocky as ever — he’s taking on trainees in 2-vs.-1 dogfights — Maverick seems to be still coping with the loss of his friend, who was killed in the first film.

“Facing an uncertain future and confronting the ghosts of his past, Maverick is drawn into a confrontation with his own deepest fears, culminating in a mission that demands the ultimate sacrifice from those who will be chosen to fly it,” the studio says.