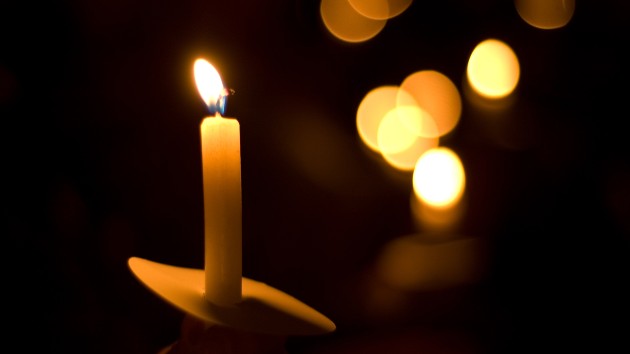 (NEW YORK) — As politicians and local leaders gathered in Manhattan’s Morningside Park Sunday to grieve the college first-year who was stabbed to death there, they vowed to honor the young woman’s life and return safety to the local park.Tessa Majors, an 18-year-old Barnard College student from Charlottesville, Virginia, was stabbed Wednesday in Morningside Park, just off the campus of Columbia University, which sits next to Barnard.Sunday night’s candlelight vigil was also in Morningside Park, steps from where Majors was attacked.”She fought to live — climbing up the stairs above us, toward a security booth, even as she was bleeding,” Manhattan Borough President Gale Brewer said at the vigil.A “budding journalist” and musician who was “endlessly creative,” Majors had the “world at her fingertips,” Brewer said.”Tessa must have been extraordinary,” added Lisa Carnoy, co-chair of the Columbia University Board of Trustees. “Feminist, iconoclast, musician, friend. I want to know more about Tess. Together we will, we must, find an enduring way to remember and honor her.””We will not forget!” mourners yelled.Local leaders used the vigil as an opportunity to vow to improve safety in Morningside Park.”Every summer a new crop of young, energized, inquisitive people come to our neighborhood” to study, said Assemblymember Danny O’Donnell. “We have failed. We, the people who live here, need to ensure that all children who live in our neighborhood are protected.” Brewer said she’ll continue “to support better lighting, more cameras, more patrols.””Violence does not belong here in Morningside Park,” she said.”We need officers, foot patrol, walking the park 24 hours a day,” Assemblymember Inez Dickens said, as the crowd cheered.Majors “could have been any one of our children,” Dickens stressed.Congressman Adriano Espaillat also advocated for community policing at Morningside Park, so officers know the local residents by name.”Tessa had, and all of us have, a right to feel safe and be safe in our neighborhood,” added Brad Taylor, president of resident group Friends of Morningside Park. “We will not rest until we can all be safe.”Police are still looking for at least one of Majors’ suspected killers.A 13-year-old boy was arrested Friday and charged with murder, robbery and weapons possession. He is not believed to be the killer, according to testimony from the arresting officer, but he did allegedly pick up the knife and give it to another teenager. Copyright © 2019, ABC Audio. All rights reserved.