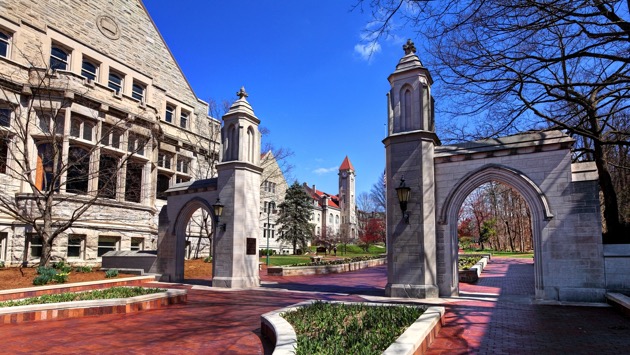 (BLOOMINGTON, Ind.) — Indiana University says it’s investigating an incident of anti-Semitism and racism that allegedly occurred at a fraternity at its Bloomington campus on Friday night.The incident involved “physical assault, as well as allegations of anti-Semitic and racial slurs,” the school said in a statement released Sunday.Law enforcement was notified and the fraternity was placed on organizational cease and desist, which the school said means “members may not host or participate in organizational activities while the investigation is ongoing or until the case is resolved.” The university’s interfraternity council also suspended the group’s activities.The Indiana University Police Department is investigating the incident along with the Monroe County Prosecutor’s Office and federal authorities.”Indiana University condemns bias or violence in any form and will hold individuals and organizations accountable,” the school said. “Diversity and inclusion are core values that we expect to be shared by all IU students.”Further information was not immediately released.ABC News has reached out to the Indiana University Police Department as well as the Monroe County Prosecutor’s Office for comment.Last week, U.S. President Donald Trump signed an executive order aimed at combating anti-Semitism on college campuses — although the president himself has come under fire several times for comments that have been criticized as anti-Semitic.The White House said the directive was in response to a recent rise in anti-Semitic incidents across the United States.”This is our message to universities: If you want to accept the tremendous amount of federal dollars that you get every year, you must reject anti-Semitism,” Trump said before signing the executive order in the Oval Office last Wednesday. “It’s very simple.” Copyright © 2019, ABC Audio. All rights reserved.