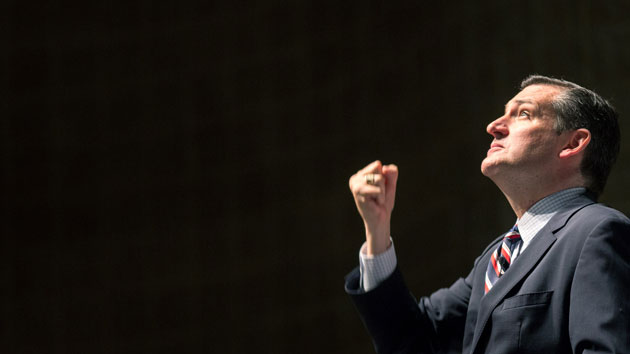 (WASHINGTON)  — Senator Ted Cruz lashed out at two House committee chairmen on Sunday, saying they are only interested in partisan attacks and have zero interest in fighting corruption.House Judiciary Committee Chair Jerry Nadler and House Intelligence Committee Chair Adam Schiff “don’t want to know what happened during Burisma. In fact, they say if you investigate what happened with Hunter Biden that’s a crime in progress,” Cruz said on ABC’s “This Week.”The full House of Representatives is expected to vote on impeachment Wednesday after the Judiciary Committee voted to approve articles of impeachment against President Donald Trump.If the House votes to impeach, the Senate is expected to take up an impeachment trial in January.Cruz said the proceeding deserves to be fair and witnesses should be part of the trial.”If the president wants to call witnesses, if the president wants to call Hunter Biden or the whistleblower, the Senate should allow the president to call witnesses in his defense,” Cruz said in a Fox News interview on Thursday.In October, Cruz told CBS’s “Face the Nation” that he believed Trump’s apparent comments on having China investigate the Biden family was inappropriate, and he admitted that foreign countries should stay out of American elections.Cruz, however, sees no wrongdoing by the president when he spoke with the Ukrainian president by phone in July. He suggested the president was looking to investigate Ukrainian interference aimed at helping Hillary Clinton win the 2016 presidential election on NBC’s “Meet the Press.”Cruz also claimed on “Meet the Press” that “Ukraine blatantly interfered in our elections.”FBI Director Christopher Wray has disputed Cruz’s allegations. When asked if Ukraine directly interfered in the 2016 elections, Wray told ABC News’ Pierre Thomas: “We have no information that indicates that Ukraine interfered with the 2016 presidential election.” Copyright © 2019, ABC Audio. All rights reserved.

‘High School Musical: The Musical: The Series’ star Joshua Bassett opens up about his sexuality
After Connecticut legalizes marijuana, only 2 New England states now prohibit cannabis
‘Degrassi’ alums Cassie Steele, Miriam McDonald open up about being bullied because of show
Mark Hamill opens up about why he continues to reach out to sick children
What to know about the lifeguard shortage across the US
Why officials are particularly concerned about unvaccinated population in the South