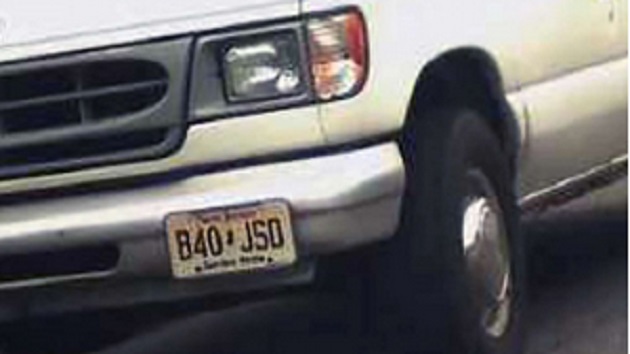 (JERSEY CITY, New Jersey) — The van that was registered to one of the alleged shooters in the deadly Jersey City attack has been recovered, authorities said Saturday.The FBI was searching for the white 2001 Ford Van as the agency investigated the shooting at a Jewish deli and cemetery, which left four people dead, as “potential acts of domestic terrorism.”The vehicle was registered to suspected attacker David Anderson, 47, and has a “possible connection” to the shootings, according to the FBI.Anderson and Francine Graham, 50, were identified as the two suspects who officials said carried out the attack and appeared to have been motivated by “both anti-Semitism and anti-law enforcement.”Both were killed in an hours-long shootout with police on Tuesday.The incident unfolded at 12:38 p.m. after police received a 911 call from an individual who discovered a body at the Bayview Cemetery, according to New Jersey Attorney General Gurbir S. Grewal.The victim turned out to be Jersey City police detective Joseph Seals, who apparently went to the cemetery to meet one of the suspects who was an informant for him, sources told ABC News.After the suspects allegedly killed Seals, they got into a stolen U-Haul van and drove to the Jersey City Kosher Supermarket, arriving at about 12:43 p.m., Grewal said.The two then opened fire at the store, according to Grewal.The victims killed at the kosher deli were identified as Mindy Ferencz, 33, the wife of the supermarket owner and mother of five; 24-year-old Moshe Deutsch, a Yeshiva student; and Douglas Miguel Rodriguez, 49, an employee at the store.Ferencz and Deutsch were buried at cemeteries in Jersey City and Brooklyn, respectively, on Wednesday. Thousands of members of the Jewish Orthodox community attended the burials.A memorial for Rodriguez will begin on Saturday at 5 p.m. at the Michigan Memorial Funeral Home in Paterson, New Jersey.