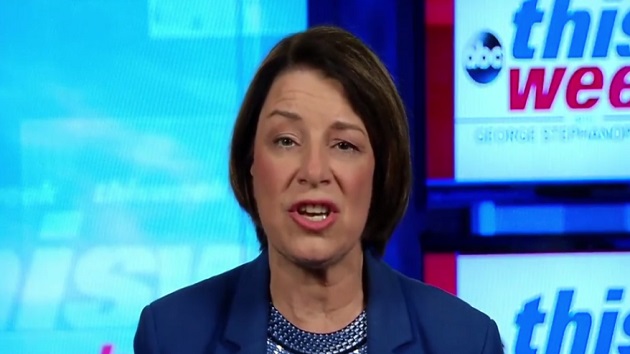 (PITTSBURGH) — Seven Democratic presidential candidates, including many who have qualified for the next debate, traveled to Pittsburgh on Saturday to weigh in on public education and share their perspective plans.Massachusetts Sen. Elizabeth Warren, South Bend, Indiana mayor Pete Buttigieg and Colorado Sen. Michael Bennet kicked off the event, fielding questions on teacher pay, charter schools, and segregation in public schools.The “Public Education Forum 2020: Equity and Justice for All” forum — organized by the Schott Foundation and 11 other public education and civil rights groups, including the NAACP — also welcomed more than 1,000 teachers, students, parents and community members.Candidates were given 25 minutes each to discuss their plans, and to answer questions from forum attendees.Bennet, the former superintendent of Denver Public Schools, the first to take the stage, took a veiled swipe at his competitors for the nomination who he says are offering “empty promises,” regarding the money spent on K-12 education from the federal government.He was asked about teacher pay, which he said he would raise, and charter schools which he said need to be accountable to the same standard as public schools — two pressing issues in the realm of public education.”I think it’s really important — what we should not do is make empty promises which some candidates do, and I don’t make empty promises,” Bennet said, adding “America has to make this commitment to our teachers,” when asked about raising teachers’ pay.Buttigieg came next, speaking mainly about his husband’s time as a teacher in Indiana.”Chasten has left the classroom to help with this campaign,” he said. “But even now, I’ll just be brushing my teeth, and suddenly this voice says, ‘what about social and emotional learning? Have you thought about that more?"”When asked how he plans to address a growing teacher shortage in the U.S., the mayor brought up his “Education Access Corps” proposal.”The idea is that we would partner with selected existing excellent teacher training programs at colleges and universities around the country, including [Historically Black Colleges and Universities] that are helping to address the particular shortage we have of African American teachers, and create a credential that if you go through this program, the Education Access Corps, you then have a license that’s portable to states anywhere in the country.” Buttigieg said.Under his plan, he said teachers who commit to a Title I school for at least seven years will have student loans and costs differed and ultimately forgiven at the end.Addressing segregation in schools, Buttigieg placed blame on the lack of conversation over how the boundaries of those districts are drawn.Warren chose to talk about her time as a teacher and her future intentions on how to better the education system, should she take the White House.”We need to make teaching available, and we need to show it some real respect,” she said. “And when I say respect, I don’t mean a coffee mug that you buy someone at the holidays. I mean you pay them a salary, you pay them money so that they can afford to support their families and still be able to teach in public school!”The moderator pressed Warren on her plan to cut funding to charter schools, citing that many public charter schools served minority students. She defended her goals, saying the “public money” needs to stay in “public schools.”She emphasized her address on impoverished and minority communities’ access to improved education — and the special care she’s promised to take with sweeping plans to relieve student loan debt, as well as the issue of homelessness and food insecurity.Education policy has dominated much of the conversation in the Democratic primary debates, forums and town halls, each candidate touting why they believe their plan would be the best.Warren and Vermont Sen. Bernie Sanders have both notably called for the cancellation of student loan debt, embracing full tuition-free policies for all four-year public universities.In October, former Vice President Joe Biden unveiled his plan to cut the cost of higher education by granting college students two years of community college free. The former Vice President has also called for the reinstatement of an Obama-era plan aimed at school diversification.Biden, Sanders, Minnesota Sen. Amy Klobuchar and businessman Tom Steyer are all slated to take the stage Saturday afternoon.New Jersey Senator Cory Booker was also originally set to attend; however, his campaign announced Saturday that he will be unable to attend as he was stricken with the flu.Other key issues the hosts plan to discuss are school investment, student services, special education, student debt and teaching conditions, according to the Schott Foundation. Copyright © 2019, ABC Audio. All rights reserved.

Rudy Giuliani suspended from practice of law in New York
Jennifer Aniston says she’s “in a really peaceful place”
Don Cheadle shares “the fun” in being a part of Steven Soderbergh’s twisty noir crime drama ‘No Sudden Move’
CDC extends eviction moratorium to July 31
Lisa Kudrow recalls being fired from ‘Frasier,’ days before being offered role on ‘Friends’
Officer in critical condition after being shot in the head, manhunt on for suspect