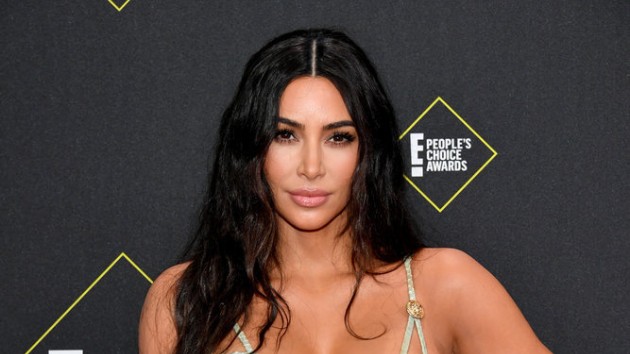 (NEW YORK) — Kim Kardashian West is a mother of four, but having her family was no easy feat.In a new video to promote her Skims loungewear, the reality TV star revealed that she had to have five surgeries in a year and a half to fix the damage caused by her first two pregnancies.

However, she added, she did not reveal her struggles to her fans at the time, choosing instead to forge ahead with filming her reality TV show, Keeping Up With the Kardashians, and going on photo shoots.Ultimately, she used surrogates to carry her third and fourth children, at the behest of her doctors.

“I am just so thankful for my beautiful kids. No matter how they came to me, they came to me,” she said. “I grew up with so many siblings that I just love being in a big family environment, and I would’ve gone through the same pain and back for the result of having my babies.”

Kardashian West, 39, and her husband Kanye West, 42, are parents to North, 6; Saint, 4; Chicago, 1; and Psalm, 7 months. The reality star explained that after she developed preeclampsia with her first pregnancy, she was induced at 34 1/2 weeks gestation. At that point, it was revealed that she had placenta accreta, too.

According to the Mayo Clinic, preeclampsia is a pregnancy complication characterized by high blood pressure and other signs of damage to organs, most often the liver and kidneys. Delivery is the most effective treatment. Placenta accreta is a condition in which the placenta grows too deeply into the uterine wall and can cause severe blood loss, among other serious complications, according to the Mayo Clinic.

However, Kardashian West said that she was determined to carry another baby, and underwent egg freezing to conceive her son, Saint. After developing preeclampsia and placenta accreta yet again, her doctors refused to let her carry another child. For that reason, she said, she hired surrogates to deliver Chicago and Psalm.

Now, she is raising awareness of The Bail Project, an organization that pays bail for those in need, because she wants families to be connected during the holiday season.

“I’m really thankful for my family,” she said. “It was all worth it.”