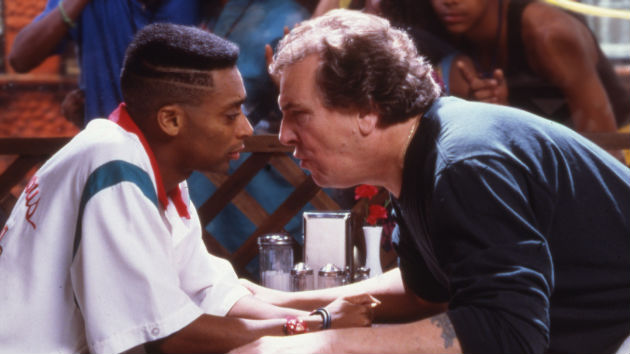 (NEW YORK) — Danny Aiello, a New York City-born character actor and veteran of stage and screen, has died, ABC Audio has confirmed. He was 86.

“It is with profound sorrow to report that Danny Aiello, beloved husband, father, grandfather, actor and musician passed away last night after a brief illness,” Aiello’s rep confirmed in a statement on behalf of the Aiello family to ABC News.  “The family asks for privacy at this time. Service arrangements will be announced at a later date.”

However, Aiello also showed his tender side now and again, he did as Madonna’s father in her video for “Papa Don’t Preach,” and as Cher’s fiance in Moonstruck.

Aiello first came to wide notice for a small role in 1974’s The Godfather: Part II.  Intended to be a walk-on role as murderous thug Tony Rosato with no scripted dialogue, Aiello ad-libbed one of the film’s most oft-quoted lines — “Michael Corleone says hello!” — as he strangled a mob turncoat.

Other memorable appearances among Aiello’s more than 100 film and TV credits include roles in Fort Apache the Bronx, opposite Paul Newman, The Purple Rose of Cairo, Jacob’s Ladder, Prince of Central Park and more.

Spike Lee was quick to eulogize Aiello online, with an Instagram photo of the pair in happier times. “This Was The Last Time Danny AIELLO And I We’re Together. Danny Blessed Us With His Presence At The 30th Anniversary DO THE RIGHT THING Block Party -June 30th, [2019].”

This Was The Last Time Danny AIELLO And I We’re Together. Danny Blessed Us With His Presence At The 30th Anniversary DO THE RIGHT THING Block Party -June 30th,20019.