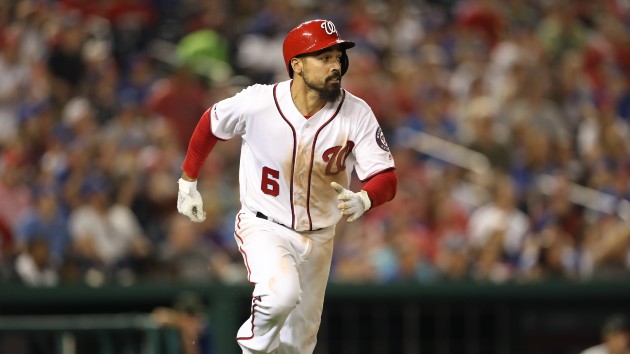 (NEW YORK) — Anthony Rendon is reportedly heading out West to play for the Los Angeles Angels.Citing sources, ESPN reports the 29-year-old third baseman has agreed to a seven-year deal with the Angels worth $245 million.The contract has a full no-trade clause and does not include an opt-out clause, according to ESPN.Rendon is expected to undergo his physical on Friday and be officially introduced at Angel Stadium the following day.Rendon began his MLB career with the Washington Nationals, with whom he played for seven years, including last season, until he opted to become a free agent this past October.He’s played 916 games so far in his career, amassing an .290 batting average with 136 home runs and 546 RBIs.Copyright © 2019, ABC Audio. All rights reserved.