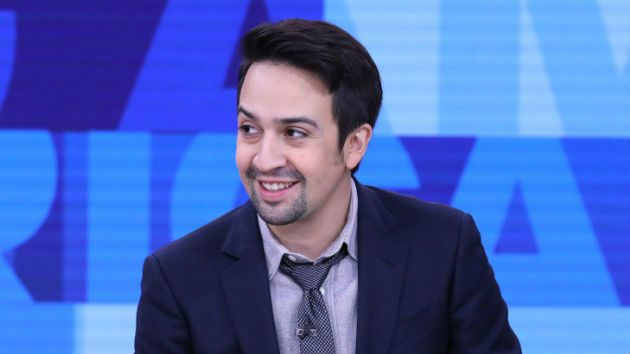 (LOS ANGELES) — The first trailer for the highly anticipated In The Heights film musical has officially dropped and features a slew of Broadway favorites and rising stars.

The movie is 12 years in the making, but creator Lin-Manuel Miranda says it couldn’t have come at a better time.

“I started writing this show when I was 19 years old, six blocks away from where we are now, at my parents house,” Miranda, best known for the smash hit, Hamilton, told the audience at an event for the trailer in the namesake Washington Heights neighborhood of New York City.

In the Heights focuses on the largely Hispanic neighborhood in Manhattan and the characters who live there as they chase the modern-day American dream.

Miranda originally starred in In the Heights when the show debuted on Broadway in 2008, where it took home four Tony Awards, including Best Musical. For the movie adaption, Miranda hands off the lead role of Usnavi to his former Hamilton co-star, Anthony Ramos.

However, Miranda is responsible for all the music and lyrics of the movie — and he even makes a cameo as the Piragua Guy.

To stay honest to the core of the story, the film, which is directed by Crazy Rich Asians director Jon Chu, was shot on location in Washington Heights.  Chu said he loved filming the movie so much, he even named his newborn son Heights.

Fans of the original In the Heights music will appreciate Olga Merediz reprising her Tony-nominated role as Abuela Claudia in the film version.

First trailer for Disney+ series ‘WandaVision’ debuts during Emmys
These dads are building desks for students who need them during virtual learning
The Rock vs. The Gate: Dwayne Johnson tears out front gate with his bare hands
Will ‘Schitt’s Creek”s historic night at the Emmys lead to a movie? Dan Levy weighs in
Biden campaign targets Georgia, Black men in new ads
Is Ginsburg’s death the end of Roe v. Wade?