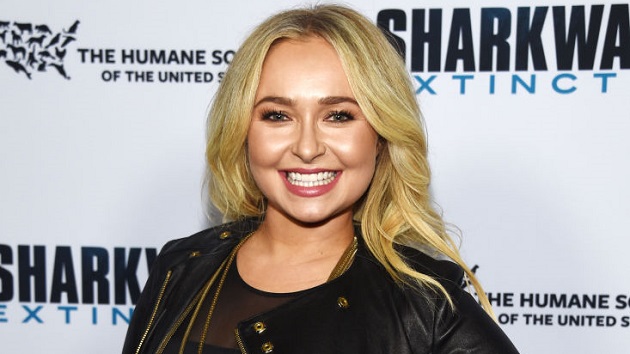 (NEW YORK) — Hayden Panettiere, who stopped posting to her social media last February, made an unexpected return to Twitter by showing off a shocking new look.

The Nashville actress traded her long blonde locks for a silvery buzzcut.  “Channeling my inner #Kirby #Scream4,” the 30-year-old wrote.  Kirby is the character she played in the 2011 horror flick.

She also thanked “my boys” at AnthonyLeonard Salon in NYC for completing her transformation.

Panettiere’s social media accounts had been radio silent over the past 10 months.  Her last post was on February 7 of her five-year-old daughter, Kaya, whom she shares with ex-fiance, pro boxer Wladimir Klitschko.

The unannounced Twitter break coincided with the actress’ personal struggles regarding her current boyfriend Brian Hickerson.

In May, Hickerson was charged with domestic violence and was later ordered by a judge to stay away from Hayden.  The case was ultimately dismissed in September and, soon after, the two started dating again.

Most recently, the pair spent Thanksgiving together as seen in photos posted to Hickerson’s Instagram.