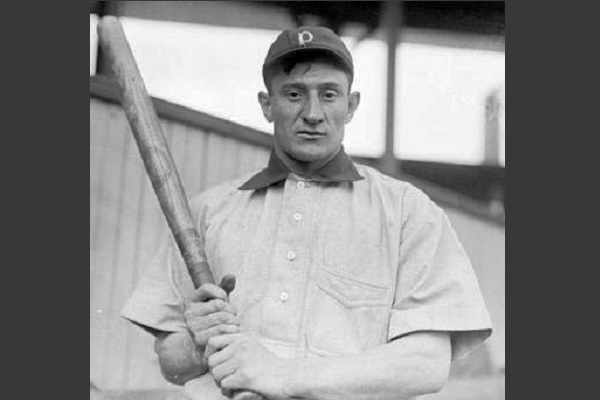 Carnegie, PA – No one was injured when a fire broke out in the Pennsylvania home once owned by baseball Hall of Famer Honus Wagner.

Officials believe Tuesday’s fire might have started in a clothes dryer in the basement of the home on Beechwood Avenue in Carnegie.

The fire then spread through the walls and climbed up the dwelling. It took about five hours for firefighters to extinguish the flames.

The house was built for the Pittsburgh shortstop in 1917. He lived there until he died in 1955.

According to the Honus Wagner Wikipedia page:

Johannes Peter “Honus” Wagner (February 24, 1874 – December 6, 1955), sometimes referred to as “Hans” Wagner, was an American baseball shortstop who played 21 seasons in Major League Baseball from 1897 to 1917, almost entirely for the Pittsburgh Pirates. Wagner won his eighth (and final) batting title in 1911, a National League record that remains unbroken to this day, and matched only once, in 1997, by Tony Gwynn. He also led the league in slugging six times and stolen bases five times. Wagner was nicknamed “The Flying Dutchman” due to his superb speed and German heritage. This nickname was a nod to the popular folk-tale made into a famous opera by another Wagner.

In 1936, the Baseball Hall of Fame inducted Wagner as one of the first five members. He received the second-highest vote total, behind Ty Cobb and tied with Babe Ruth.

Most baseball historians consider Wagner to be the greatest shortstop ever and one of the greatest players ever. Ty Cobb himself called Wagner “maybe the greatest star ever to take the diamond.” Honus Wagner is also the featured player of one of the rarest and the most valuable baseball cards in existence.