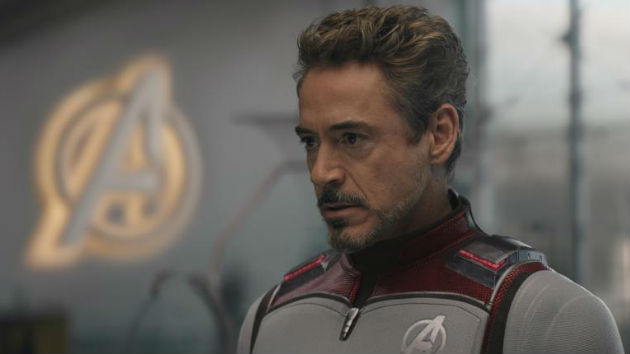 (LOS ANGELES) — At the end of every year, Google crunches the numbers to see what we’ve been searching for in the past 12 months — yes, they keep track, duh — and celebrities were on our minds.

The company has compiled search results for this year, and it’s likely no surprise that the biggest movie of all time, Avengers: Endgame, spiked the biggest surge of searches in the movies category. While that film famously bested Avatar, with a take of more than $2.79 billion bucks, the rest of the top five on the trending searches list were no slouches: They include billion-dollar box office smashes Captain Marvel, Joker, Toy Story 4, and Jon Favreau’s The Lion King film.

In the actor category, disgraced Empire star Jussie Smollett ranked number one in searches, likey due to the fact that he claim he’d been the victim of a racial attack, which was subsequently declared to be a hoax by the Chicago PD.

Kevin Hart was second on that list, likely driven by his near-fatal car accident, in addition to his viral back-and-forth with his Jumanji pal Dwayne Johnson.

Lori Loughlin ranked third, undoubtedly  for her arrest in the Varsity Blues college cheating scandal — which would also explain why Felicity Huffman, who served time behind bars for her part in the scandal, was ranked #4.

At five, it was Keanu Reeves, who had quite a year. There was that hysterical appearance in the Netflix movie Always Be My Maybe, an E3 appearance that rocked the electronics expo, the filming of a third Bill & Ted movie, the announcement of new Matrix adventure, and John Wick: Chapter 3 – Parabellum earning a series-high $326 million worldwide.

New heat wave with gusty winds forecast for the West
Idris Elba, Angela Bassett and others to help launch new opportunities for diverse first-time filmmakers
Federal election fraud would be ‘a major challenge for an adversary’: FBI director
How much black licorice is too much and why a sweetening compound can be bad for adults
‘Father of the Bride’ cast reuniting for mini-film benefiting World Central Kitchen
Alec Baldwin hints that he is done trying for another daughter; ‘Match Game’ returns tonight