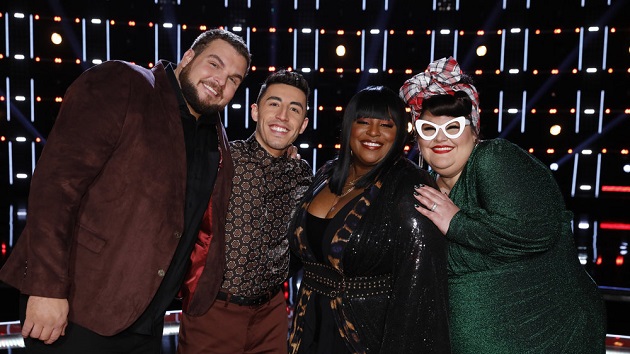 Hello Sunday and Hammock were eliminated at the end of the one-hour results show.  They lost an “Instant Save” vote to Team Gwen Stefani’s Rose Short.

Prior to the vote, Hello Sunday, Hammock and Short sang for an opportunity to be saved by the viewers. Hello Sunday performed Sia’s “Chandelier”; Hammock covered “You’ve Got a Friend” by James Taylor and Short tackled Aretha Franklin’s “(You Make Me Feel Like) A Natural Woman.”

For the first time in the show’s 17-year history, all four coaches will each have artist going into the finals: Ricky Duran for Team Blake; Rose Short for Team Gwen; Jake Hoot for Team Kelly; and Katie Kadan for Team Legend.