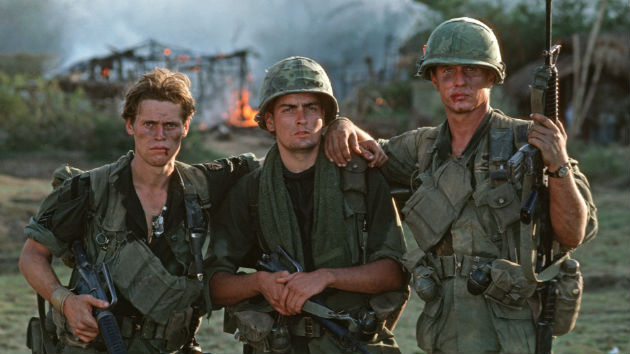 Photo by Roland Neveu/LightRocket via Getty Images
Posted on December 11, 2019 by ABC News

As always, the additions represent a diverse collection.  Also on the list of films added to the registry are the Academy Award-winning music-themed films Amadeus and Coal Miner’s Daughter, as well as director Martin Scorsese’s The Last Waltz.  Prince’s 1984 film Purple Rain joins the movie’s soundtrack in the Library of Congress, the latter added to the National Recording Registry in 2012.

“The National Film Registry has become an important record of American history, culture and creativity,” said Librarian of Congress Carla Hayden.  “[W]we are ensuring that the nation’s cinematic history will be around for generations to come.”

Diversity, including attention to LGBTQ themes were paramount this year, with inductees including Boys Don’t Cry, in which Hilary Swank played a trans person who was murdered over her identity, and the gay rights documentary Beyond Stonewall.

“With this year’s National Film Registry selections, Dr. Hayden recognizes the importance of amplifying cinematic voices and stories that have been marginalized for far too long,” said Jacqueline Stewart, chair of the National Film Preservation Board’s task force on diversity, equity and inclusion.

Other noteworthy additions: Kevin Smith’s potty-mouthed slacker working comedy Clerks; the documentary I Am Somebody, about striking African-American hospital workers in Charleston, SC; and the 1903 short silent film Emigrants Landing at Ellis Island, the oldest addition this year to the Registry.

Here’s the 2019 class in alphabetical order:

Ben Affleck and Ana de Armas reportedly call it quits
Trump plans to leave in dramatic fashion yet continues to stay out of sight
Survey says 60% consider themselves “total film buffs” thanks to pandemic binge-watching
Coronavirus live updates: California calls for pausing use of Moderna vaccine lot
At least 21 states activating National Guard troops in capitals to prepare for possible attacks
‘WandaVision’ star Paul Bettany on his father’s struggle to come out of the closet