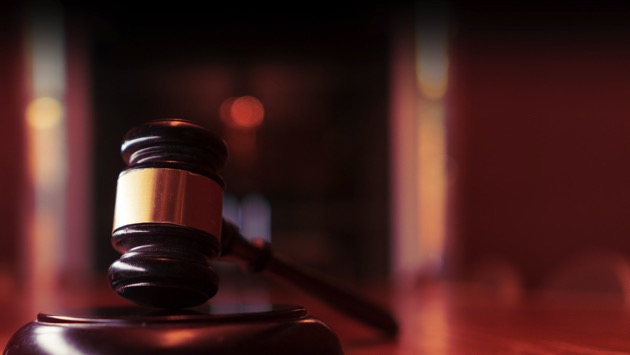 (NEW YORK) — A New York judge raised Harvey Weinstein’s bail package on Wednesday from $1 million to $5 million following claims that he violated his ankle bracelet monitoring requirements dozens of times.Defense attorneys said after court that they would choose the option of posting a $2 million insurance bond to ensure their client’s freedom throughout his upcoming rape and sexual assault trial set to begin next month.A new state bail reform statute that goes into effect next month required Manhattan Supreme Court Judge James Burke to reset Weinstein’s bail package to include additional options.Weinstein has pleaded not guilty to raping a woman in a hotel room in 2013 and committing a forcible sex act on a second woman in 2006. The movie mogul was previously out on $1 million cash bail and contends that the violent sex acts were consensual.On Wednesday, Judge Burke ordered three new bail options for Weinstein to chose from in order to ensure his return to court as required under the new state criminal justice statute — $5 million cash bail, $50 million security bond partially secured at 10 percent or a $2 million insurance company bond.One of Weinstein’s attorneys, Arthur Aidala, told the judge that Weinstein is expected to undergo back surgery on Thursday to relieve pain from an August car accident, but that he’s ready for trial on Jan. 6, 2020.”There is nobody in this courtroom who wants Jan. 6 to take place more than Mr. Weinstein,” Aidala said. “He wants to have his name cleared for the whole world to know.”If convicted, Weinstein faces up to 25 years in prison.When Burke asked if Weinstein understood his need to continue to show up for court, the movie mogul replied that he had “every intention” to be there.“I’ll be there before anybody,” he said.Weinstein will continue to wear an ankle-monitoring bracelet. Earlier in the hearing, defense attorneys argued that approximately 57 ankle bracelet monitor violations reported to authorities in two months were all “technical glitches” that were remedied by October.The bail reform legislation — passed in April 2019 — eliminates money bail and pretrial detention for nearly all misdemeanor and nonviolent felony defendants while preserving bail and detention as options in most violent felonies, according to the Center for Court Innovation. Copyright © 2019, ABC Audio. All rights reserved.