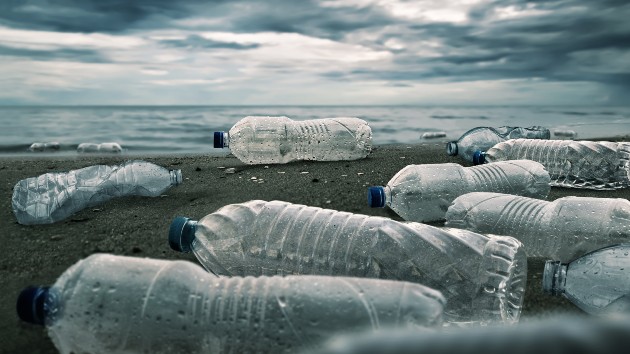 (NEW YORK) — Dire warnings on climate change from scientists warning about more severe consequences and less time to stop them.Microplastics littering the ocean, the growing great Pacific garbage “patch” and dead marine animals found with plastic and other trash in their guts.Concerns about drinking water tainted with lead and exposure to “forever” chemicals.And a country once again leaning on fossil fuels for energy production despite a global push to reduce greenhouse gas emissions.The last decade has produced some startling climate and environmental headlines in the United States amid growing awareness of the problems faced around the world — as well as potential solutions for some of them.Here are some of the things biggest developments in climate change and some of other big environmental stories of the last decade:

Growing urgency around climate change concernsWhile concerns about excess greenhouse gases and global warming have been around for decades, new reports have raised doubts about whether most countries are doing enough to combat those impacts.NASA and National Oceanic and Atmospheric Administration scientists say the last five years were the warmest in recorded history.The research has increased the urgency of calls to address climate change to protect the survival of animal species, the oceans, the food supply and public health, among other things.And new studies have also strengthened our understanding of how warmer temperatures impact severe weather events, including increasing the amount of rainfall in a short period of time which can worsen flooding during events like Hurricane Harvey in 2017.Devastating and historic wildfires in western states and around the world in the late 2010s have also raised awareness of the link between climate change and factors that exacerbate wildfires, such as drought and deforestation.The politics around climate change have also shifted significantly as more Americans are showing concern about the potential impacts or actions needed to limit the impact of global warming.More Americans said they support strong government action on climate change in 2018 than in 2008, according to an ABC News/Washington Post poll released last year, but there is still disagreement about what steps the government should take and how much it should spend.While American public opinion appears to be coalescing around the gravity of climate change, the government has been engaged in political whiplash over the past 10 years.For instance, less than a year after the United States, under the Obama administration, formally entered the Paris Climate Agreement, which aimed to drastically curb carbon pollution, President Donald Trump signaled that the U.S. would withdraw. The process of withdrawing will become final next year.The administration argues the agreement relied too much on the U.S. and allowed countries like China to do less even though they release a large amount of greenhouse gases.The Environmental Protection Agency administrator also said earlier this year that water quality and polluted oceans were a bigger environmental crisis than climate change.Trump has expressed skepticism about the causes and impacts of climate change, including a report issued by his own administration about how it could hurt the economy.Climate change has worked its way into the 2020 campaign in a more prominent way than before, with Democratic candidates debating a “Green New Deal” and other ambitious plans to limit climate change.Fueling this progressive push, in part is young people taking a more active role as advocates for change, such as Greta Thunberg, a 16-year-old Swede who has become an international icon.Teenagers and other young people have expressed frustration about the lack of action on climate change, accusing older generations of failing to protect the climate and the environment for their children and grandchildren.

Ocean pollution and plasticsIn the last 10 years, cities and states in the U.S. — and countries around the world — have adopted policies to reduce plastic pollution that often ends up in the ocean.Oceana, an international advocacy group focused on ocean conservation, estimates 17.6 billion pounds of plastic enter the oceans from land-based sources every year.Environmental activists, researchers, and photographers have documented the impact of plastic pollution on sea life, sharing photos of birds, fish, whales, and turtles with stomachs full of plastic trash and debris.And public awareness of the problem has grown as part of campaigns like “Planet or Plastic?” from National Geographic, encouraging Americans to reduce the use of disposable plastic products like straws, utensils and water bottles.The most infamous example of plastics polluting the ocean is the Great Pacific Garbage Patch — an area where ocean currents accumulate plastic debris in the north Pacific Ocean between Hawaii and California.While the National Oceanic and Atmospheric Administration said it can be difficult to measure the size because the “patch” isn’t a solid mass, a researcher who has been studying the area since the late 1990s said he saw an “enormous increase” in the amount of plastic pollution between 2009 and 2014.Some of the focus on the issue also increased after China announced it would no longer take plastic from the U.S., increasing concerns that recycling in the U.S. may not be able to keep up with the amount of plastic waste generated by Americans.Despite recycling efforts, the vast majority of plastic waste in the U.S. ends up in landfills, an amount that increased in the last decade as the amount of plastic products being produced also increased, according to EPA’s website citing data from the American Chemistry Council. Plastic recycling started decreasing in 2016.

Fossil fuelsThe last decade saw some major shifts in the sources of fuel used to provide energy in the U.S. away from sources seen as “dirtier” for the environment and contributing to climate change like coal.The use of coal in the U.S. has declined since 2015 as natural gas and renewable energy sources became cheaper. Between 2010 and the first part of 2019, 546 coal-fired power plants shut down, according to the federal Energy Information Administration.Coal plants continued to close despite President Trump’s promises to revive the coal industry, including the administration’s actions to ease environmental rules on coal plants they called overly expensive and burdensome.Over the past decade, the U.S. reliance on renewable energy sources, petroleum and natural gas have grown, while nuclear has remained essentially stable, according to the EIA.Health policy and environmental advocates have also raised concerns that rollbacks of environmental rules under Trump or lack of enforcement could increase the risk of health problems for Americans by exposing them to more air pollution.Some policymakers saw natural gas was seen as a “cleaner” alternative to coal in the early 2000s because it releases fewer greenhouse gases when burned, but it has also faced increased criticism in recent years because the production process can release methane, which is a more potent greenhouse gas than carbon dioxide.There has also been tension around the use of pipelines around North America as environmental activists and Native American communities raised concerns about the risk of leaks damaging the environment or sources of water around the pipeline.In 2016, thousands of activists protest construction of the Dakota Access Pipeline in South Dakota, leading to some violent confrontations with police. The pipeline from North Dakota to Iowa was completed but still faces legal challenges from the Standing Rock Sioux tribe about the potential impact to their land and water supply if there is a spill.And earlier this year. the Keystone XL pipeline, which has faced an extended legal battle, temporarily shut down after the company reported a breach that spilled more than 380,000 gallons of oil. Trump issued a new permit for the pipeline in March amid legal challenges over environmental permits.

Drinking water safety and the Flint crisisThe Flint water crisis was one of the most high-profile environmental stories in recent years. After Michigan officials changed the main water source for the city of Flint in 2014, thousands of residents were unknowingly exposed to lead and bacteria through improperly treated water that eroded aging pipes.The incident led to criminal charges against several officials for trying to cover up the problems and is still under investigation by the Michigan attorney general’s office. Six officials have accepted plea deals and prosecutors recently dropped charges against eight people connected to the water crisis, leaving the door open to more charges in the ongoing investigation by the state’s attorney general.Government failures to protect residents in Flint have led to lasting challenges for residents. On the one hand, tests over the last two years have found the amount of contaminants in tap water has drastically decreased since the city switched back to its original water source, provided filters for residents and has been working to replace lead pipes.But many residents say they feel so burned by the crisis they don’t think they can trust their water again.State and national environmental officials say the crisis in Flint forced them to look closely at water quality around the country — raising concerns about lead in cities like Newark, New Jersey which has also provided bottled water to residents after high levels of lead were detected.The attention brought new national attention to the issue and prompted the federal government to revisit its requirements on lead and start the process of updating rules to require more cities to replace aging lead pipes. The proposed new rule was released earlier this year.In addition to lead, other concerns have emerged about drinking water quality in the U.S., including contamination from a type of chemical used in a variety of products like nonstick pans and firefighting foam that have been linked to health problems. Those chemicals have been found in water systems around the country and are currently under review by the EPA and multiple state governments.

Deepwater HorizonThe oil spill recognized as the worst in American history began on April 20, 2010, with an explosion on BP’s Deepwater Horizon oil rig in the Gulf of Mexico that killed 11 people.The well leaked oil into the Gulf off the coast of Louisiana for 87 days, releasing 3.19 million barrels of crude oil into the water.Years later, researchers and environmental officials are still documenting impacts from the spill.In a study published earlier this year, marine researchers from Louisiana found the spill is still causing lingering impacts to marine life around the source.“Deep-sea ecosystem health, 7 years post spill, is recovering slowly and lingering effects may be extreme,” they wrote in the paper, published in The Royal Society Open Science journal.The Obama administration proposed new safety regulations to prevent future accidents on deepwater oil rigs but the Trump administration has faced criticism for rewriting some of those rules. The Trump administration said its proposed changes would maintain safety while eliminating “unnecessary regulatory burdens.”Copyright © 2019, ABC Audio. All rights reserved.