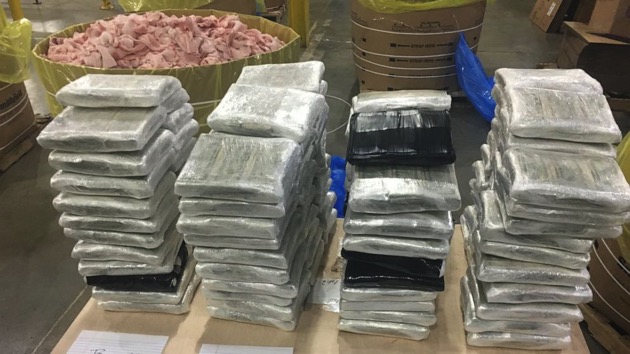 (CLEVELAND COUNTY, N.C.) — Authorities in North Carolina seized around $3 million dollars worth of drug money this weekend, all of which was stashed inside barrels holding raw pork shoulders, officials said.The discovery was made in Cleveland County after officers with the sheriff’s department pulled over a tractor trailer, according to a statement from Cleveland County Sheriff’s Office on Tuesday.The driver was initially stopped on Interstate 85 for failing to stay in his lane, but a K-9 alert prompted them to move the vehicle to a safe location and search it.The millions were believed to have come from drug sales throughout the region, the sheriff’s department said.The Department of Justice is helping in the investigation, officials said.Copyright © 2019, ABC Audio. All rights reserved.