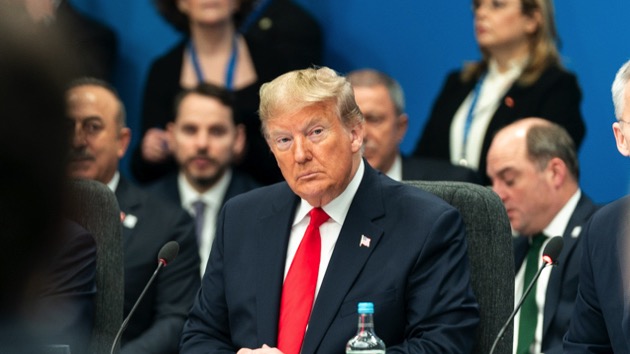 I don’t know what report current Director of the FBI Christopher Wray was reading, but it sure wasn’t the one given to me. With that kind of attitude, he will never be able to fix the FBI, which is badly broken despite having some of the greatest men & women working there!

This is hardly the first time the president has criticized the leadership of the FBI. Back in 2017, the president famously fired former then-FBI Director James Comey. But he then installed his own pick for the role with Wray.The president’s criticism of Wray comes the day after Wray, in an exclusive broadcast interview with ABC News, expressed support for the key findings of the IG’s report, even as the White House put a sharply different spin on the report’s findings.”The Inspector General did not find political bias or improper motivations impacting the opening of the investigation or the decision to use certain investigative tools during the investigations,” Wray told ABC Justice Correspondent Pierre Thomas. “I think it’s important that the inspector general found that in this particular instance the investigation was opened with appropriate predication and authorization.”Wray also pushed back on notion of “Deep State” within the FBI, even as the president has continued to push the narrative that there was a conspiracy against him and his campaign.”I think that’s the kind of label that’s a disservice to the men and women who work at the FBI who I think tackle their jobs with professionalism, with rigor, with objectivity, with courage. So that’s not a term I would ever use to describe our work force and I think it’s an affront to them.”Wray’s defense of the report contradicted Trump’s, who called the findings a “disgrace” and said the findings of the report were “far worse” than expected.The president also claimed the report proved there was an “attempted overthrow” of government and said “a lot of people who were in on it, and they got caught. They got caught red-handed.”“It’s a disgrace what’s happened with the things that were done to our country. It’s incredible, far worse than I would have ever thought possible.” Copyright © 2019, ABC Audio. All rights reserved.

Trump denies knowing who ‘Proud Boys’ are, again declines to condemn white supremacy by name
Biden calls Trump’s debate performance a ‘national embarrassment’ as he kicks off train tour
Black Americans are leaving their homes to start their own all-Black communities
‘Chicago Med’ production on hold after staff member tests positive for COVID-19
GOP senators criticize Trump for failing to condemn white supremacy, White House says nothing to ‘clarify’
Bernie Sanders, criticizing ‘bully’ Trump, says debate was ‘not one of the great moments in American history’