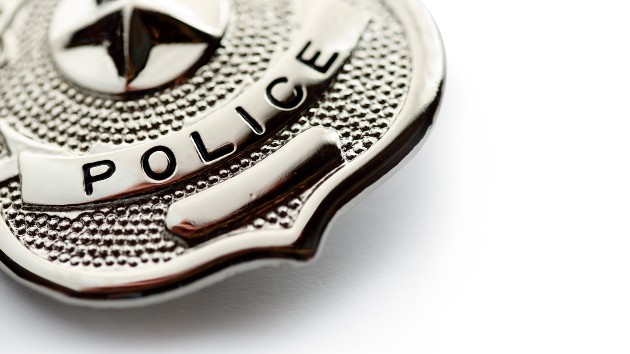 (NEW YORK) — Twenty-two police officers in the Southern United States have been killed by guns used by offenders in 2019 — more than the rest of the United States combined, according to data from the FBI.Nine officers were killed by felony gunfire in both the West and the Midwest, two were shot and killed in Puerto Rico and none were killed in the Northeast, according to the FBI’s Law Enforcement Officers Killed and Assaulted program.As the epicenter of gun violence against law enforcement, the South’s death toll includes three officers who were shot and killed by felony gunfire in recent days.Huntsville Officer Billy Fred Clardy III was shot and killed last Friday by a “known offender” during a drug bust in Alabama.Houston Police Sgt. Christopher Brewster was killed while responding to a domestic violence situation on Saturday afternoon.And on Saturday night, Fayetteville Police Officer Stephen Carr was “ambushed and executed” outside the Arkansas police department.The suspects in the most recent shootings likely “decided that the way to exact their issue was to kill a cop,” said Don Mihalek, executive vice president of the Federal Law Enforcement Officers Association Foundation, retired senior Secret Service agent and ABC News contributor.A 2015 study published in the American Journal of Public Health found that law enforcement homicides were more likely to occur in states with higher gun ownership.Alabama, Arkansas and Mississippi were in the top 20% for both gun ownership and law enforcement homicides, according to the study, authored by a University of Illinois at Chicago School of Public Health research assistant professor.Maria Haberfeld, professor of police science at the John Jay College of Criminal Justice, told ABC News that the availability of guns in the South is likely one of the reasons for the level of violence against police officers in the region.”You have guns; you have more violence,” she said. “In the United States, it seems to be a direct correlation.”Alabama and Texas had the most police killings by gunfire in 2019 at six each — according to data from the Officer Down Memorial Page. A seventh officer killed in the line of duty in Alabama this year died in an automobile crash.The state of Georgia saw four of its law enforcement agents killed by felony gunfire this year, according to the memorial page. Three officers in the U.S. were also killed in accidents involving firearms in 2019, according to the FBI.The percentages of felony law enforcement killings are similar in past years as well. In 2018, 26 of the 55 law enforcement officers who were feloniously killed were in the South, and in 2017, 24 of the 46 law enforcement officers feloniously killed were in the South, according to the FBI.By contrast, Northeast states such as Connecticut, Massachusetts, New Jersey, New York and Rhode Island were in the lowest quintile for gun ownership and police officer homicides, according to the 2015 study.Guns “were always considered bad” in the region, while in the South, it’s a “normal course of life” for people to own them, Mihalek said.”A gun is a tool to defend and protect people, or for recreation and sport, but when placed in the hands of somebody who is not right, it can inflict terror,” he added.Retired New York City Police Department Chief of Detectives and ABC News contributor Robert Boyce hypothesized that the number of police deaths due to felony gunfire appear to be down due to state laws that make it “very difficult” to purchase a firearm, although assaults on New York Police Department officers without guns have increased.Both Boyce and Mihalek agree that there is an uptick in anti-law enforcement rhetoric around the country.”Attacks on police are up across the nation,” Boyce said, describing it as a “general disrespect for law enforcement.”Mihalek added that some of the anti-police rhetoric might be coming from people who have a grievance or “maybe had a bad experience with an officer,” causing them to “label all as bad.””All that does is undermine the authority of officers,” paving the way for those predisposed not to want to obey the law to break it, he said. Copyright © 2019, ABC Audio. All rights reserved.