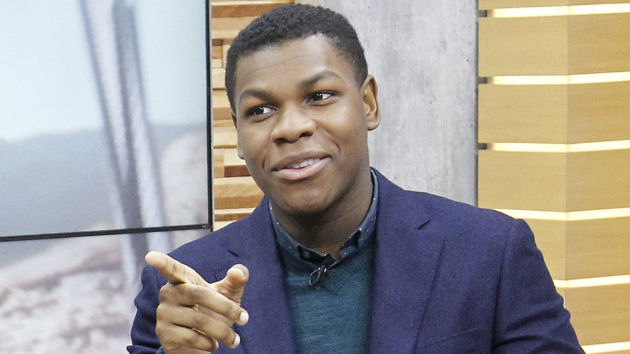 (LOS ANGELES) — Ahead of his upcoming sci-fi film Star Wars: The Rise of the Skywalker, John Boyega is also dishing on some of his other highly anticipatedprojects.

Boyega, who’ll star alongside Letitia Wright in Steve McQueen’s upcoming BBC anthology series Small Axe, says he had another major project planned with Wright, but they ended up “going in a more different direction” for a specific reason.

“We did have a project called Hold Back the Stars, but we’re gonna do something else now,” Boyega reveals to ABC Audio. “We just wanted to make the vibe more black. You got to choose the right music, the right vibe, the right tone.”

The film, which has been described as Romeo & Juliet meets Gravity, is an adaptation of Katie Khan’s novel of the same name. It centers on a man and woman who revisit memories of their love affair while trapped in space with a short amount of oxygen left.

Although that particular project didn’t work out for them, the Star Wars sequel star says he’s looking forward to working on other projects with Wright, and a few other of his fellow up-and-coming black Brits.

“We went to the same drama school. So, we’ve been dying to work with each other,” Boyega says of Wright. “I mean, what I foresee is myself, Daniel Kaluuya, Damson Idris, and Letitia Wright and maybe, like, an ensemble thing.”

“We can get something cracking,” he teases.

All of Biden’s executive orders, and other notable actions, so far
Health care worker and mother of 2 loses home in fire, now her colleagues are stepping in
County apologizes for seniors having to wait outside in cold for COVID-19 vaccine
US Army changes standards for women to allow ponytails, nail polish, breastfeeding
Federal officials misappropriated millions earmarked for biomedical research: Investigation
Biden says tackling climate change will create jobs, bring economic recovery