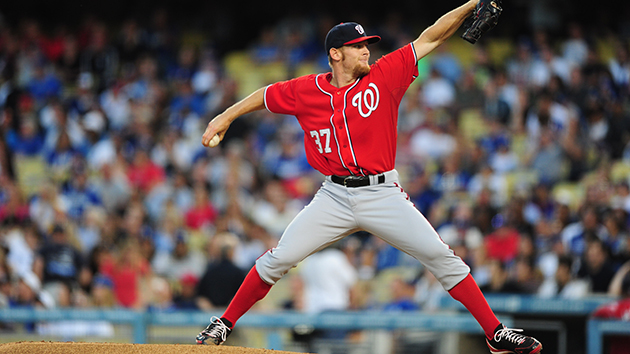 (WASHINGTON) — Fresh off a World Series win, the Washington Nationals will bring back at least one of their two most desirable free agents.The team agreed to a seven-year deal with right-handed pitcher Stephen Strasburg on Monday. The contract is reportedly worth $245 million, surpassing the record seven-year $217 million deal signed by Boston Red Sox pitcher David Price.That $35 million per year value is the most ever for a pitcher, more than Zach Greinke’s $31.5 million.

Strasburg had opted out of the last four years of his contract with Washington, giving up $100 million in the process. He comes off a career-high 18 wins, and a National League-leading 209 innings pitched.

He also became the first pitcher in MLB history to win five games in a single postseason without a loss.