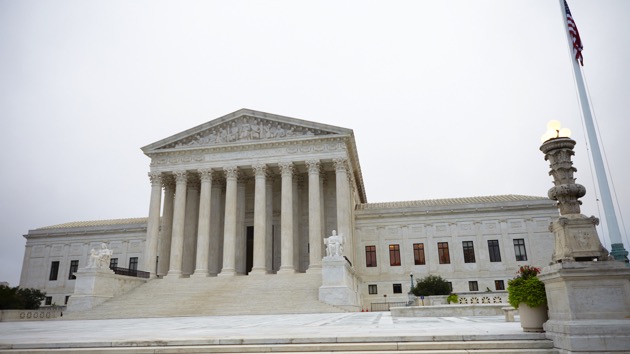 (WASHINGTON) — A contested Kentucky law requiring a physician to display and describe a fetal ultrasound to patients seeking abortions has survived an appeal to the U.S. Supreme Court.Without explanation or notable dissent, the justices declined to take up the case brought by a Kentucky abortion provider, EMW Women’s Surgical, that argued the law violated physicians’ First Amendment right of free speech.Supporters of the measure say it’s “prudent public policy” and important to ensuring patients give an informed consent to end a pregnancy. The law “does not require anyone to follow a set script; rather, the physician or qualified technician who is making the required disclosures can use his or her own words,” the state of Kentucky wrote in court briefs.”Women facing an unexpected pregnancy deserve to have as much medically and technically accurate information as possible when they are making what could be the most important decision of their life,” said Jeanne Mancini, president of March for Life, an anti-abortion group.Lower courts have been divided over “display-and-describe” ultrasound laws. Two federal courts upheld the Kentucky law, but in a similar case out of North Carolina, a separate federal judge struck down the law.Monday’s ruling allows H.B. 2, Kentucky’s forced, narrated ultrasound law, to take effect. The physicians at Kentucky’s last abortion clinic will be forced to subject every patient to their ultrasound images, a detailed description of those images, and the sounds of the fetal heart tones prior to an abortion — even if the patient objects or is covering their eyes and blocking their ears, and even if the physician believes that doing so will cause harm to the patient.”The Supreme Court has rubber-stamped extreme political interference in the doctor-patient relationship,” said attorney Alexa Kolbi-Molinas with the ACLU, which helped bring the challenge to Kentucky’s law. “This law is not only unconstitutional, but as leading medical experts and ethicists explained, deeply unethical.”EMW Women’s Surgical Center has said that many women will continue to refuse the ultrasound information.”As a result of this law, while the patient is half-naked on the exam table with her feet in stirrups, usually with an ultrasound probe inside her vagina, the physician has to keep talking to her, showing her images and describing them, even as she tries to close her eyes and cover her ears to avoid the speech,” EMW said in court documents.”A law that requires a physician to keep speaking even though her words do not inform anyone of anything is not an informed consent provision,” the group argued.Early next year, the court will hear an abortion rights case from Louisiana involving a law that requires doctors who perform abortions to have admitting privileges at nearby hospitals.The case will be the first test on abortion for the court’s new majority of justices appointed by Republican presidents, including President Donald Trump’s two nominees, Justices Neil Gorsuch and Brett Kavanaugh.Copyright © 2019, ABC Audio. All rights reserved.