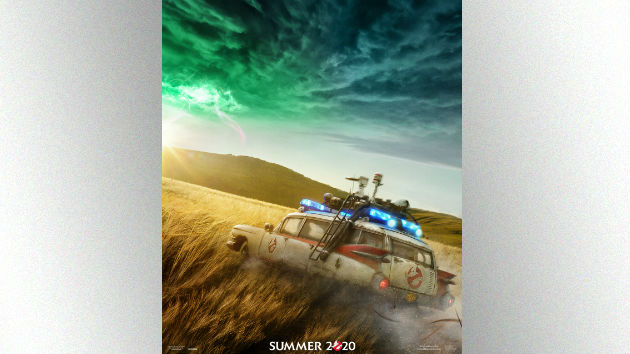 (NEW YORK) — The first trailer for Ghostbusters: Afterlife debuted Monday morning.  Until now, the plot of the film, which seemingly ignores the events of the infamous 2016 reboot, had been under wraps.  But if you’re a fan of the 1984 original, the trailer will give you all the feels.

The new trailer shows McKenna Grace as Phoebe, a teen who moves with her single mom to the small town of Summerville and into her grandfather’s rickety old house and barn, just as the town begins experiencing strange, seemingly inexplicable earthquakes.

Paul Rudd seems to play a local teacher who’s interested in the phenomena — and doubly so when Phoebe finds some old junk her grandfather left her: among them, a ghost trap used by the ‘Busters in the first two movies.

It becomes obvious that the intelligent young girl, who wears telltale round glasses, is the granddaughter of Ghostbuster Dr. Egon Spengler — played by Ghostbusters co-creator and star, the late Harold Ramis.

Via the Internet, Rudd’s character reintroduces the kids to what the boys in grey were up to back in the day.  “In the ’80s, New York City was like The Walking Dead,” he explains, showing footage of the Ghosbusters’ Ecto-1 driving down the streets of ghost-ravaged Manhattan.

And under a tarp in that “creepy old barn” left by her granddad is that very ghostbusting vehicle, complete with the original team’s proton packs and other equipment.

“Call it fate/Call it luck/Call it karma,” Bill Murray’s Dr. Peter Venkman declares in a voiceover from the original film — a nod that he, co-creator Dan Aykroyd, Sigourney Weaver, Ernie Hudson, and Annie Potts are returning in their original roles.

‘On the Basis of Sex’ and ‘RBG’ returning to theaters in tribute to Ruth Bader Ginsberg
DOJ announces largest drug, gun and cash seizure in darknet history
The men behind QAnon
Air Force veteran aims to calm violence and help young victims in her community
What we know about the alleged racist attack on a New York City jogger
We’ve hit 200,000 COVID-19 deaths in 6 months. What will the next 6 months look like?