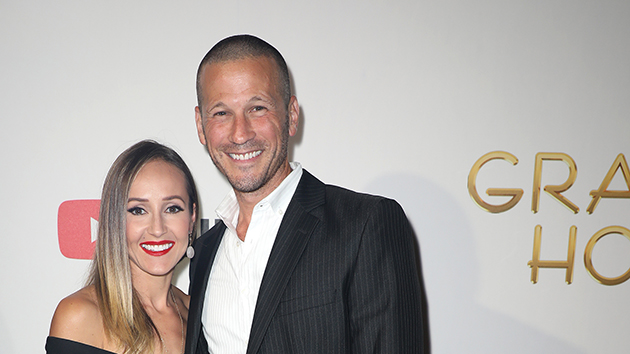 (NEW YORK) — Former Bachelorette Ashley Hebert Rosenbaum has revealed that her husband, J.P. Rosenbaum, has been diagnosed with Guillain-Barré syndrome, a rare neurological disorder.Hebert Rosenbaum shared on Instagram that Rosenbaum is in treatment and “doing well.”Meanwhile, Rosenbaum said on his Instagram story that he hopes his symptoms have plateaued, and thanked his loved ones and fans for their support.”It may be a long road to full recovery but we are so grateful to everyone that has helped us get to a speedy diagnosis and treatment,” added Hebert Rosenbaum.Hebert Rosenbaum, 34, and Rosenbaum, 42, fell in love during production of The Bachelorette’s seventh season. They married in a televised wedding in 2012 and are parents to son Fordham Rhys, 5, and daughter Essex Rose, 3.Rosenbaum said in since-erased Instagram story that the diagnosis was “very surreal and humbling” and the disease has kept him from simple tasks including picking up his children, buttoning buttons and tying his shoelaces, People magazine reported.”I just can’t believe it,” he said.Guillain-Barré syndrome is a rare disorder in which the body’s immune system attacks part of its peripheral nervous system — or, more specifically, the network of nerves outside the brain and spinal cord, according to the National Institute of Neurological Disorders and Stroke. The exact cause of the disorder is unknown.The organization reports that unexplained sensations are often the first sign that something is wrong, and often times they disappear before major, longer-term symptoms occur. Those may include difficulty with eye muscles and vision, problems swallowing, speaking or chewing and severe pain.It affects about one in 100,000 people each year, and while there’s no cure, about 70% of sufferers eventually experience full recovery, NINDS reports.Copyright © 2019, ABC Audio. All rights reserved.